Venus Williams will make her first appearance at the Sydney International for the first time in almost 20 years when she headlines the singles field in January 2018. 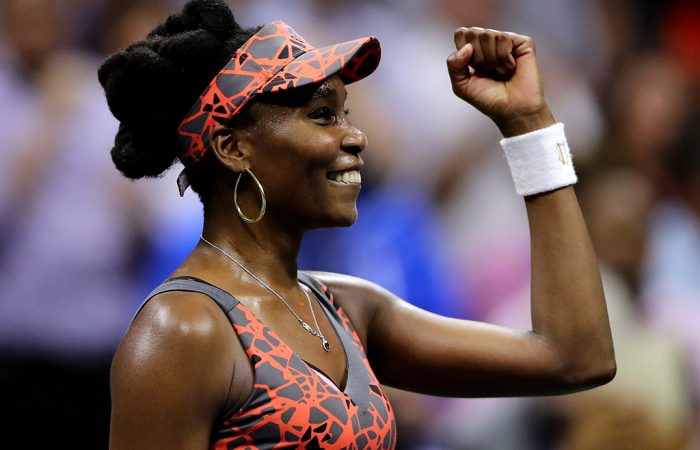 Seven-time Grand Slam champion and world No.5 Venus Williams will headline the Sydney International women’s field this summer, 20 years since her first singles appearance at the tournament.

The 37-year-old will take to the court at Sydney Olympic Park Tennis Centre to kick start her Australian summer in January 2018.

“This was one of the earliest tournaments I ever played and has always held a special place in my heart,” Williams said.

“The last time I played (singles) in the Sydney International I was 18-years-old, so a lot has changed in this time.”

Williams most recently appeared at the tournament in 2001, when she played only the doubles tournament; she and sister Serena fell in the first round in a memorable match against Martina Hingis and Monica Seles.

She also played at the same venue in 2000 when she won gold for the United States at the Sydney Olympic Tennis Event.

One of the game’s most recognised and decorated names, Williams’ successful 2017 season included finals appearances at the Australian Open and Wimbledon and reaching the second week at each of the Grand Slams. She stormed into the top five in WTA rankings for the first time since 2011.

“I have been playing some really great tennis this year and I feel I’m in a strong position, both physically and mentally, in the lead up to Sydney,” she said.

“The Australian summer is always a favourite of mine, I really love the atmosphere the crowds bring and I’m confident in my preparation over the next few months to put on a good show for the Australian fans.”

This year’s tournament will come under the direction of newly-appointed Tennis NSW CEO and Sydney International Tournament Director Lawrence Robertson, who welcomed the announcement.

“I am delighted to welcome Venus back to Sydney this January. She has had a remarkable season and her passion and competitive spirit will capture the hearts of tennis fans not only in Sydney but around Australia.

“I’m also proud that for the third consecutive year we are leading the celebration of and remuneration for women’s sport, with prize money for the women’s event topping nearly $800,000.”

New initiatives for Sydney International 2018 include:

“We are always looking for new and exciting ways to promote and grow our great sport and the introduction of our Kids Go Free offer will provide the next generation of players and fans the chance to see world-class tennis for free,” Robertson said.

Multi and single session tickets will be on sale from midday, Thursday 12 October 2017 via Ticketek or by calling 1300 888 104. Premium ticketing packages are available via sydneyinternational.com.au/tickets/premium-ticketing.