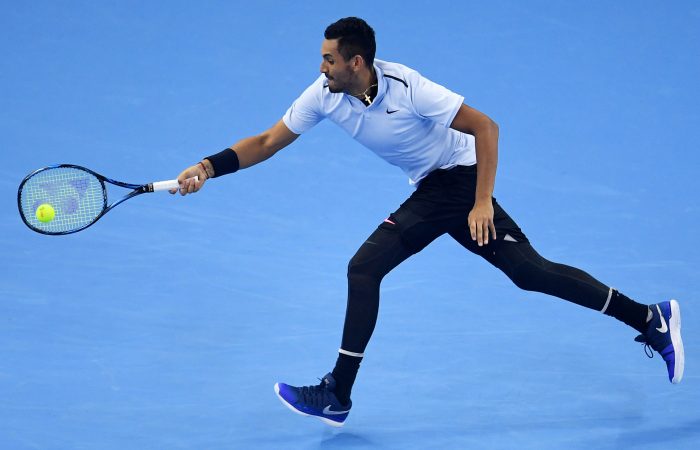 Nick Kyrgios is into the China Open final in Beijing after powering past German Alexander Zverev 6-3 7-5 in the semifinals.

“It was a tough match. He’s one of the best players in the world right now,” the world No.19-ranked Kyrgios said. “He has a massive future ahead and I’m really good friends with him, so it’s always fun playing him. At the same time, I know we both want to win and I’m just really happy with the way I played today.”

It was the fourth meeting between the pair this season, with Kyrgios recording his third win.

“That’s probably the best I’ve played out of the four times we’ve played,” Kyrgios admitted. “He probably didn’t play his best today, but I thought I really served well and didn’t give him much rhythm. My game plan today was I was going to play big and not let him dictate at all, and that’s what happened.”

It qualifies Kyrgios for his second final of the season, where he’ll aim to win his fourth career ATP title and first this year. Standing in his way is world No.1 Rafael Nadal, a three-set winner over world No.8 Grigor Dimitrov in the other semifinal.

“He’s one of the greatest players of all time and we’ve played a couple of times, he’s beaten me and I’ve beaten him,” Kyrgios said of the match-up. “Hopefully tomorrow’s going to be another good match.”