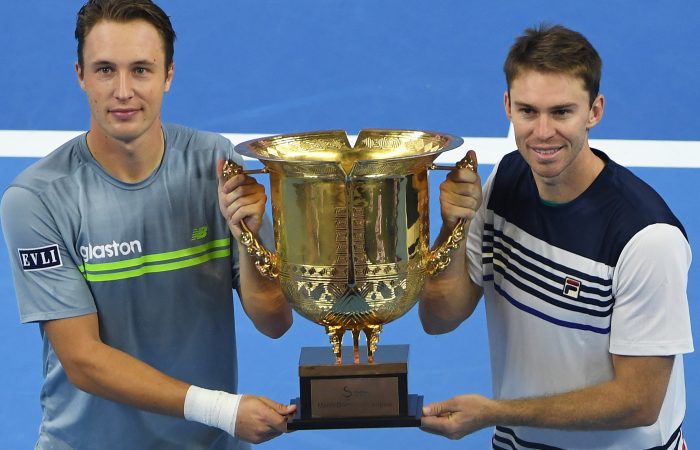 The 29-year-old Australian and his Finnish partner defeated American duo John Isner and Jack Sock in a hard-fought final, winning 6-3 3-6 10-7.

“When you play Jack and John, they’re both such big servers and can take the match away from you if you don’t be careful, but I thought we served really well today,” Peers said.

“We stayed composed and did not let them hit us off the court.”

The top seeds made a strong start, breaking in the sixth game and racing through the first set in 28 minutes.

It was tight early in the second set, before the Americans broke Peers’ serve in the sixth game and held firm to even the final at one set-all.

“It was anyone’s game, all you have to do is win a set and a tiebreak in this format. The ebbs and flows in momentum don’t take too much, so you can never get too worried about the score line,” he said.

It is Peers and Kontinen’s third title this season, and seventh together since teaming up at the beginning of last year.

Currently the No.2 performed team this season behind Brazilian Marcelo Melo and Poland’s Lukaz Kubot, this victory closes the gap and boosts their chances of finishing as the year’s top team. But Peers admitted they were not too worried about chasing Melo and Kubot in the team rankings.

They now turn their attention to the Shanghai Masters next week, where they are the top seeds.