Victory of a different kind for Dellacqua

Casey Dellacqua's return to the China Open this week was both a physical and emotional triumph. 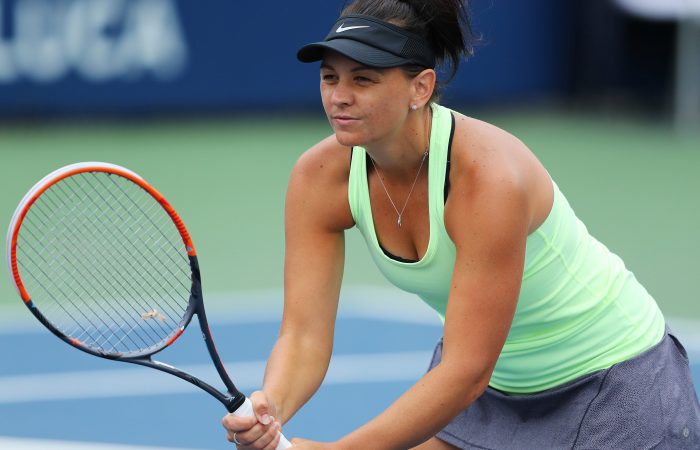 Wins come in many different forms as Casey Dellacqua experienced at the China Open this week.

Alongside partner Ashleigh Barty, the sixth-seeded duo were eliminated in the second round of doubles. But simply competing in Beijing again was a victory in itself for the 32-year-old.

It was at this tournament two years ago, while contesting a doubles semifinal alongside Kazakh partner Yaroslava Shvedova, that Dellacqua fell over on court chasing a ball and hit her head. She ended up in hospital with severe concussion. The after-effects from that incident sidelined her for most of the 2016 season and even left her questioning whether or not to continue her career.

It made returning to Beijing this week an emotional challenge.

“It wasn’t because I thought something was going to happen again, it is more the memories from when I left here last time after being in hospital. It wasn’t ideal,” Dellacqua explained. “But I was also excited to come back and make new memories, so in that sense it has been good.

“Just to be back here and out on these courts again was good for me to get some closure on that chapter.”

As one chapter closes, another one begins – and now Dellacqua is looking forward to making her debut at the prestigious WTA Finals in Singapore later this month.

Dellacqua and Barty almost qualified in 2013, however their schedule was restricted as Barty was still 17.

She did qualify in 2015 alongside Shvedova, but was unable to compete due to her concussion injury.

Reunited with Barty this season, Dellacqua finally gets her chance.

It will cap an incredible return to the tour for the duo, one that included a French Open final run and saw Dellacqua’s doubles ranking improve from No.269 in January to currently sit at No.11.

“Beginning of the year I started back with Ash and we weren’t kind of sure how it was all going to pan out, but it’s been a really great year. We’ve won three titles and done really well,” Dellacqua reflected.

“(Qualifying for the WTA Finals) is a really nice reward for a good year and putting in the hard yards. It will be nice to go there having missed out before. Hopefully we can do well.”