It has been a season to remember for world No.2-ranked doubles player John Peers. 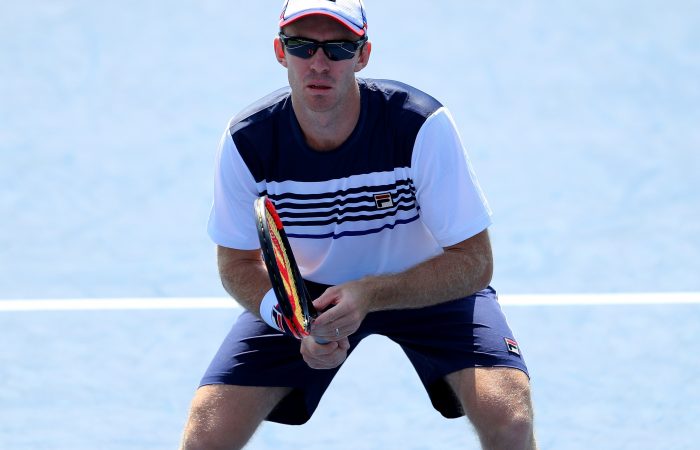 The 29-year-old achieved the milestone combining with Finnish partner Henri Kontinen to defeat Tomas Berdych and Nenad Zimonjic 6-3 7-5 in the opening round.

Peers and Kontinen won the ATP Finals in their debut season together last year and have consolidated their standing as the world’s best doubles team, rising to the top of the rankings this season.

We checked in with the reigning Australian Open doubles champion and world No.2 ahead of today’s China Open quarterfinal clash with Indian Rohan Bopanna and Uruguay’s Pablo Cuevas…

Congratulations on a great season so far, what are your thoughts on how it is going?

“It’s been a good season. We started off on a high winning the Aussie Open and to be honest we’ve almost done exactly what we wanted to do in the Slams, making two other semis. It’s been good for us to step it up in the big events, which was our goal from the start of the year.”

You and Henri finished the 2016 season strongly, winning 14 of your final 16 matches to win the Paris Masters and ATP Finals. How are you feeling about defending those titles?

“It gives us confidence going into those tournaments knowing we’ve done well in the past, can play really well on those courts and that we’ll be playing in conditions that we’re used to.”

You are close to joining Henri as world No.1 (the pair are currently tied on points but Peers played an extra tournament with Davis Cup team-mate Jordan Thompson in June, so Kontinen is the sole No.1). Is that a goal for you?

“We’ve had a great season together and the rankings take care of themselves, I can’t control rankings. He’s played one less tournament than me, that’s just the way it is. For me to be sitting at No.2, I’m very happy with that. At the end of day I don’t worry about it, it is more important as a team how we are performing and together we are moving in the right direction.”

Davis Cup is a priority for you, so what are your thoughts on drawing Germany in the first round next year?

“I know the semifinal loss in Belgium really hurt the team and we’ll definitely come back stronger and hungrier next year. Every match is tough and there is never an easy tie. For us it is about getting together as a team, getting everyone healthy and being ready to go. We’re definitely looking forward to the next tie, unfortunately it’s not when we wanted it to be, but we’ll be ready next year.”