Aiava a wildcard in Quebec City

Australian teenaged sensation Destanee Aiava has been awarded a wildcard into the main draw of the WTA event in Quebec City, Canada. 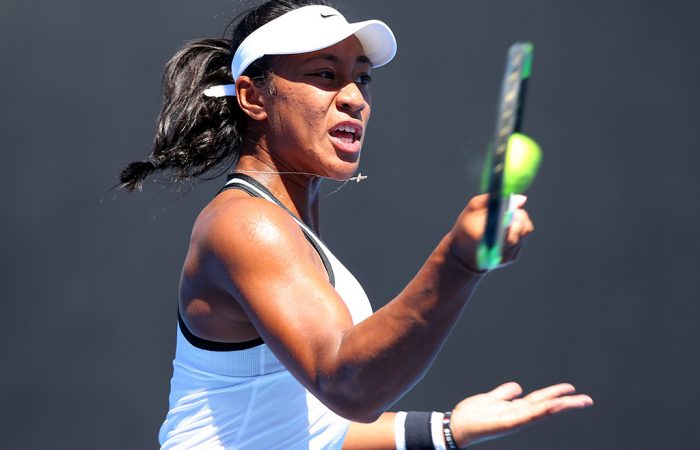 Australian 17-year-old Destanee Aiava will play at this week’s WTA tournament in Quebec City after receiving a wildcard into the main draw.

The indoor event in Canada will be Aiava’s six tour-level tournament of the season, although most of those have seen her battling in the qualifying rounds.

This will mark just her second main draw appearance at a WTA tournament – after the Brisbane International in January – and she will face Naomi Broady of Great Britain in the first round.

The winner faces a likely battle with third seed Timea Babos, should the Hungarian get past American Jamie Loeb.

Aiava, currently ranked No.151, played her last official match in the first round of qualifying at the WTA event in Washington DC.

She later went on to reach the semifinals of the Australian US Open wildcard playoff in New Haven.