Nick Kyrgios and Daria Gavrilova have drawn seeded opponents in the first round of the ATP/WTA tournament in Cincinnati, while Ash Barty and John-Patrick Smith qualified for the main draw. 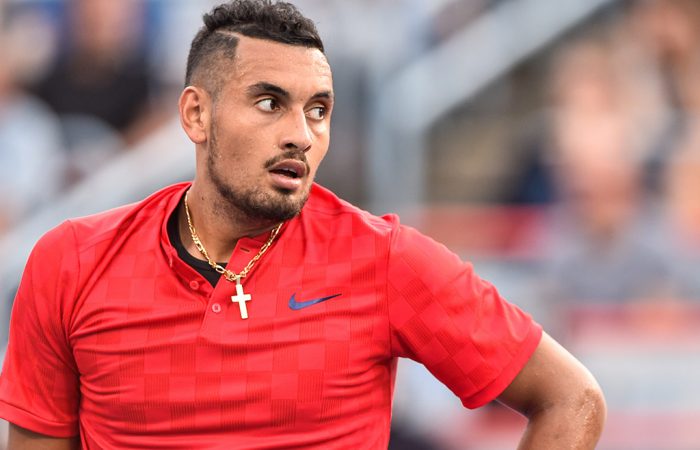 Four Aussies will feature in the draw of this week’s rich Western & Southern Open in Cincinnati as the road to the US Open continues.

> TV GUIDE: where you can watch all the Cincinnati action!

Kyrgios has drawn No.9 seed David Goffin in the opening round but will take heart from a third-round run in Montreal last week as well as the fact Goffin is underdone after suffering an ankle injury at Roland Garros.

In their last meeting, Kyrgios beat the Belgian in the fourth round at Miami.

Gavrilova has drawn a similarly tough opponent in 13th seed Kristina Mladenovic, but like Kyrgios will come into the match with a very good shot at upsetting the out-of-form Frenchwoman.

Since reaching the quarterfinals at Roland Garros, Mladenovic has gone a lukewarm 7-6; her last match was a straight-sets loss to unseeded Barbora Strycova in the first round in Toronto.

Barty arrives in Cincinnati brimming with confidence after thrashing former world No.13 Kirsten Flipkens 6-1 6-0 in the final round of qualifying.

That followed on from her third-round finish in Toronto as a qualifier, a run that saw her upset 16th seed Elena Vesnina and push Wimbledon champion Garbine Muguruza to three sets.

Barty, who has won six of her last seven matches, takes on fellow qualifier Varvara Lepchenko in round one.

The winner faces a likely second-round meeting with No.9 seed Venus Williams.

Smith, who like Barty came through qualifying and enjoyed a win over Vasek Pospisil in the process, has drawn Richard Gasquet in the first round of the main draw.

Should he beat the Frenchman, No.1 seed Rafael Nadal awaits.