John Peers and Henri Kontinen have won their first title since the Australian Open in January after winning the ATP 500 title in Washington DC. 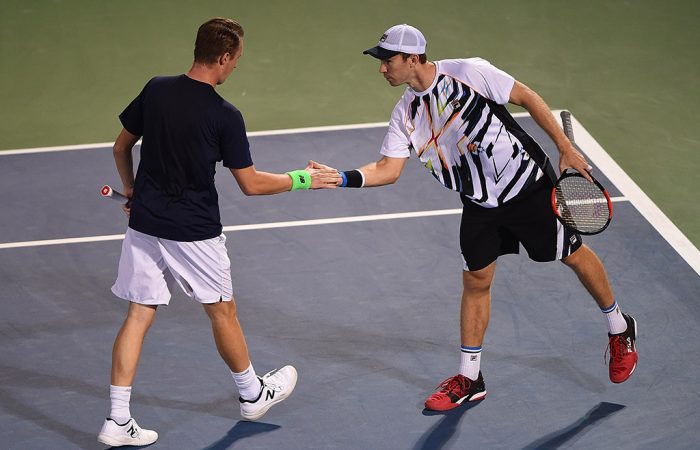 Late entrants into the event, John Peers and Henri Kontinen walked away from the Citi Open in Washington DC as winners.

The Australian-Finnish combo, the top seeds at the ATP 500 event, beat No.2 seeds Lukasz Kubot and Marcelo Melo 7-6(5) 6-4 in Sunday’s final.

It was their second title of 2017, after their Australian Open triumph in January.

“We actually only decided to play here on the Wednesday before the tournament, so thanks to Henri for suggesting it,” Peers said.

“It’s always great to play in front of such a nice crowd.”

Added Kontinen: “Every tournament we play, we feel more comfortable playing with each other. We’re one of the contenders in every tournament. There are a lot of good teams out there. We just have to play well in the key moments.”

Peers and Kontinen survived several tough matches en route to the title; in the quarterfinals they outlasted Ivan Dodig and Mate Pavic 14-12 in a match tiebreak, and beat third seeds Jamie Murray and Bruno Soares 10-8 in a match tiebreak to advance to the final.