Wins on the board are big for me, says Kokkinakis

Thanasi Kokkinakis says the wins he is able to get under his belt in the early stages of his comeback are invaluable for his confidence. 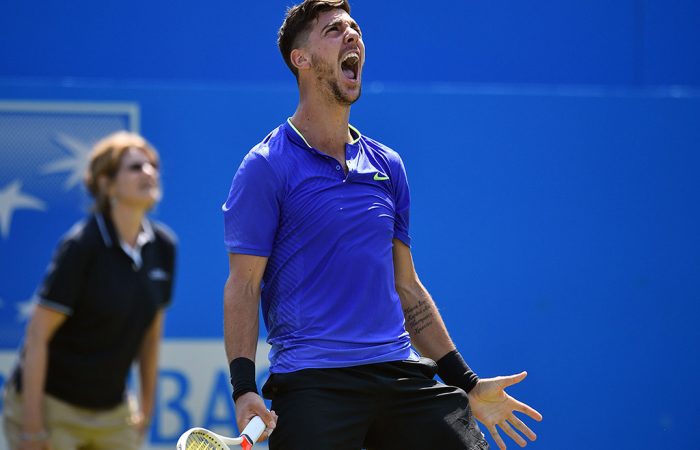 Thanasi Kokkinakis says that any wins he can accrue in his comeback from shoulder surgery are significant for his confidence going forward.

The young Aussie, who missed 19 months of singles play as he struggled to rebound from shoulder surgery in last 2015, returned to the court in May and has been making incremental progress in his return.

The latest result was a hard-fought, first-round win over Frances Tiafoe at the ATP event in Los Cabos.

“Any match for me at the moment after so much time out is very important so to get a win – doesn’t matter if it’s a good match or any ugly match – just to get those wins on the board is big for me,” he told atpworldtour.com.

“I think the more I start playing, the more comfortable I’ll become on court.

“I think for me it’s about getting on court. He (Tiafoe) is the No. 8 seed, he’s sixty-something in the world, so it was never going to be easy.

“He’s had a lot more matches than me even though he’s two years younger. I feel younger than him in tennis years.”

Kokkinakis’s 7-6(3) 7-6(10) win over Tiafoe sets up a second-round meeting with either Peter Polansky or Yasutaka Uchiyama.

This is his sixth singles event of 2017; so far he has scored match wins in ‘s-Hertogenbosch and at Queen’s, but is yet to advance beyond the second round at a tournament.