Ebden through to Newport semifinals

Matt Ebden has reached his first career ATP semifinal after beating Tobias Kamke at the Hall of Fame Tennis Championships, taking his winning streak to five. 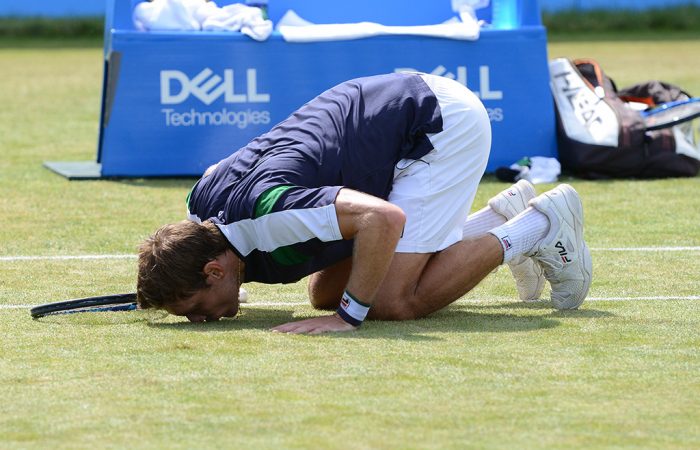 Matt Ebden’s Rhode Island run has continued after the Australian qualifier advanced to the semifinals of the Hall of Fame Tennis Championships.

As well as Ebden’s singles success, Australia has enjoyed a stellar week in doubles at the grasscourt tournament, with Sam Groth, Matt Reid, John-Patrick Smith, Andrew Whittington and Alex Bolt all advancing to the semifinals.

Should the West Australian prevail in that encounter, big-serving American John Isner – who knocked out Ebden’s countryman Sam Groth on Wednesday – or fourth-seeded Frenchman Pierre-Hugues Herbert may loom on the other side of the draw.

World No.249 Ebden, who was born in South Africa, has won four ATP doubles titles and reached a career-high singles ranking of No.61 in 2012.

In the doubles event, there’ll be an all-Aussie semifinal after Reid and Smith, and Bolt and Whittington, won their respective quarterfinals over seeded opponents on Thursday.

Joining them in the final four is Groth, who with partner Leander Paes beat Artem Sitak and Wesley Koolhof in straight sets.