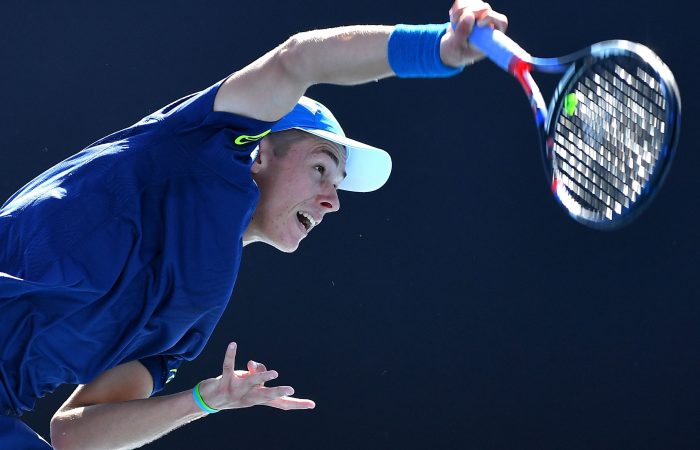 The 18-year-old Sydney born talent won an ITF Futures event in Povoa de Varzim. He swept through the draw as a wildcard entry, dropping just one set.

Currently ranked at a career-high No.228, De Minaur has made massive inroads since starting the season ranked No.354.

The Wimbledon 2016 boys’ singles finalist impressed during the Australian summer, qualifying for the Brisbane International, winning his first ATP main draw match at Apia International Sydney then scoring his maiden Grand Slam main draw win after saving a match point in the opening round of the Australian Open.

De Minaur, who has been the Australian Davis Cup team’s orange boy this season, is competing in another hard court event in Portugal this week.

Fellow 18-year-old Michaela Haet also continues to show promise, claiming her second ITF title of the season in Thailand. The New South Wales talent has improved her ranking by over 400 places in the past two months to rise to a career-high No.606.

Ben Weekes capped off an exciting week of results for Australians, winning his first singles title of the season at the Vancouver International.