Arina Rodionova, debuting in the women's singles as a qualifier at Wimbledon, discussed her match-up with Anastasia Pavlyuchenkova in round one. 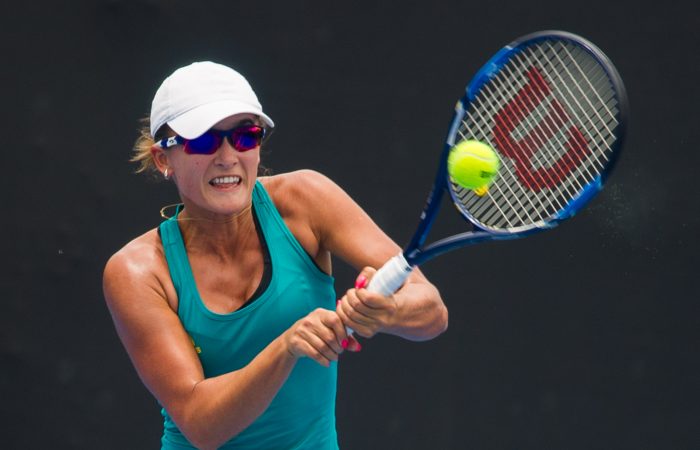 On Friday, Arina Rodionova joined compatriots Ash Barty and Draia Gavrilova in the main draw at Wimbledon after coming through three rounds of qualifying.

Set to make her singles debut at the All England Club on Tuesday when she faces 16th seed Anastasia Pavlyuchenkova, Rodionova discussed with the Australian media how she was approaching her campaign.

“I haven’t thought of it much. I’m just for now still enjoying how I qualified and taking half a day off, and just enjoying the feeling of being in the main draw of Wimbledon. I will obviously talk about the draw with my coach maybe the day before the game.”

On how she’ll prepare to play Pavlyuchenkova …

“I know this girl from many years, she’s one of my best friends and obviously we’ve played together, I think we played juniors together as well, so I’ve known her for a long time. I haven’t seen her play recently but I’m sure again we’ll go through maybe some notes from what my coach has and we’ll have a plan the day before the match.”

“Oh, she’s amazing. She’s a legend and she won this tournament so many times in doubles and mixed as well. Grass is her favourite surface – just as it is for me – and the tactics and what she can give me is really great. Obviously it’s very good to have her in my corner.”

On the openness of the women’s draw …

“I think everyone knows how to play tennis these days. Especially at a Grand Slam – you never know what can happen, first rounds can be a bit tricky, people get nervous, so all you can do is go out there and give it a try and do your best and see how it goes.”