Gavrilova falls in thriller to Safarova

In a high-quality match spanning more than three hours, Lucie Safarova got the better of Daria Gavrilova to advance to the semifinals in Birmingham. 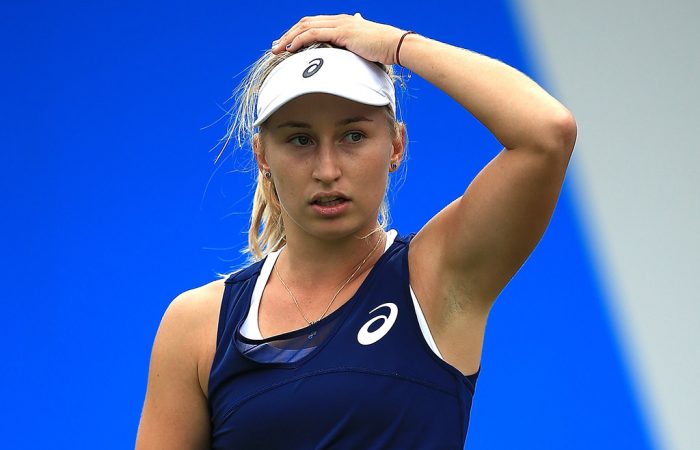 Lucie Safarova saved three match points to beat Daria Gavrilova in a Birmingham epic on Friday, advancing to the semifinals of the Aegon Classic.

Gavrilova was left to rue what might have been when she earned two match points on Safarova’s serve in the ninth game of the third set and then a third when serving for the match at 5-4.

She also led 5-3 in the final tiebreak before the Czech stormed back to claim an intense victory.

Yet Gavrilova could only tip her hat to Safarova, who played aggressive, positive tennis when facing almost certain defeat.

The quality of the rallies and the intensity of the tennis thrilled the crowd and had pundits expressing their admiration for both women.

Smiles all round after an unbelievable point! 😃

She closed it out only for Safarova to hit back strongly in the second set, building a 5-1 lead and sending the match into a third set three games later.

The two women were hard to separate in the final set – six of the set’s 12 games progressed to deuce – until Gavrilova scored the first blow with a break in game seven, which she later consolidated for a 5-3 lead.

She was bidding to reach her first ever tour-level grasscourt semifinal, but Safarova would not be denied.

Now ranked No.41, Safarova next takes on the winner of Thursday’s second quarterfinal between Petra Kvitova and Kristina Mladenovic.