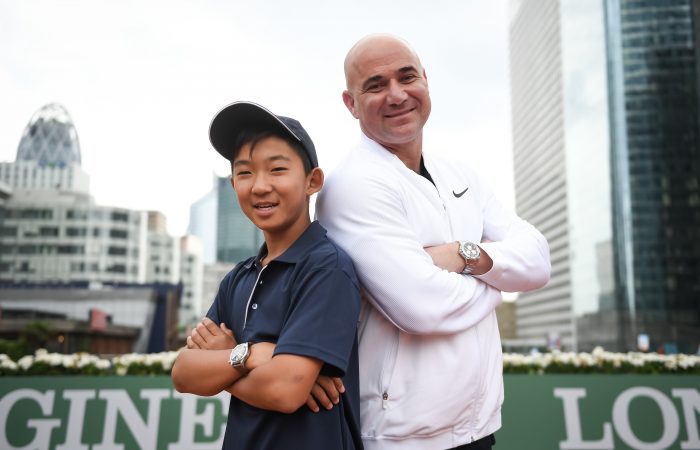 Australian representative, Jeremy Jin, enjoyed a weekend of shoulder-rubbing at the Longines Future Tennis Aces tournament in Paris. The Australian number one in his age group (born after 4 June 2004) enjoyed time with eight-time Grand Slam Tennis champion and Longines Ambassador of Elegance, Andre Agassi, who was in town celebrating his 10-year relationship with the premium Swiss watchmaker.

Agassi spoke to the tennis hopefuls about the tournament being an experience and not about winning or losing, suggesting the road is still long for the 12-year-old champions, so it’s about learning and improving and focusing on today and making yourself a little bit better, win or lose.

To finish off the weekend, Jin met up with Australian tennis player Sam Groth at Roland Garros where he provided some advice to the future ace and discussed his experience of playing at the French Open. Groth narrowly missed out on securing a spot in the quarterfinals of the French Open men’s doubles tournament over the weekend. 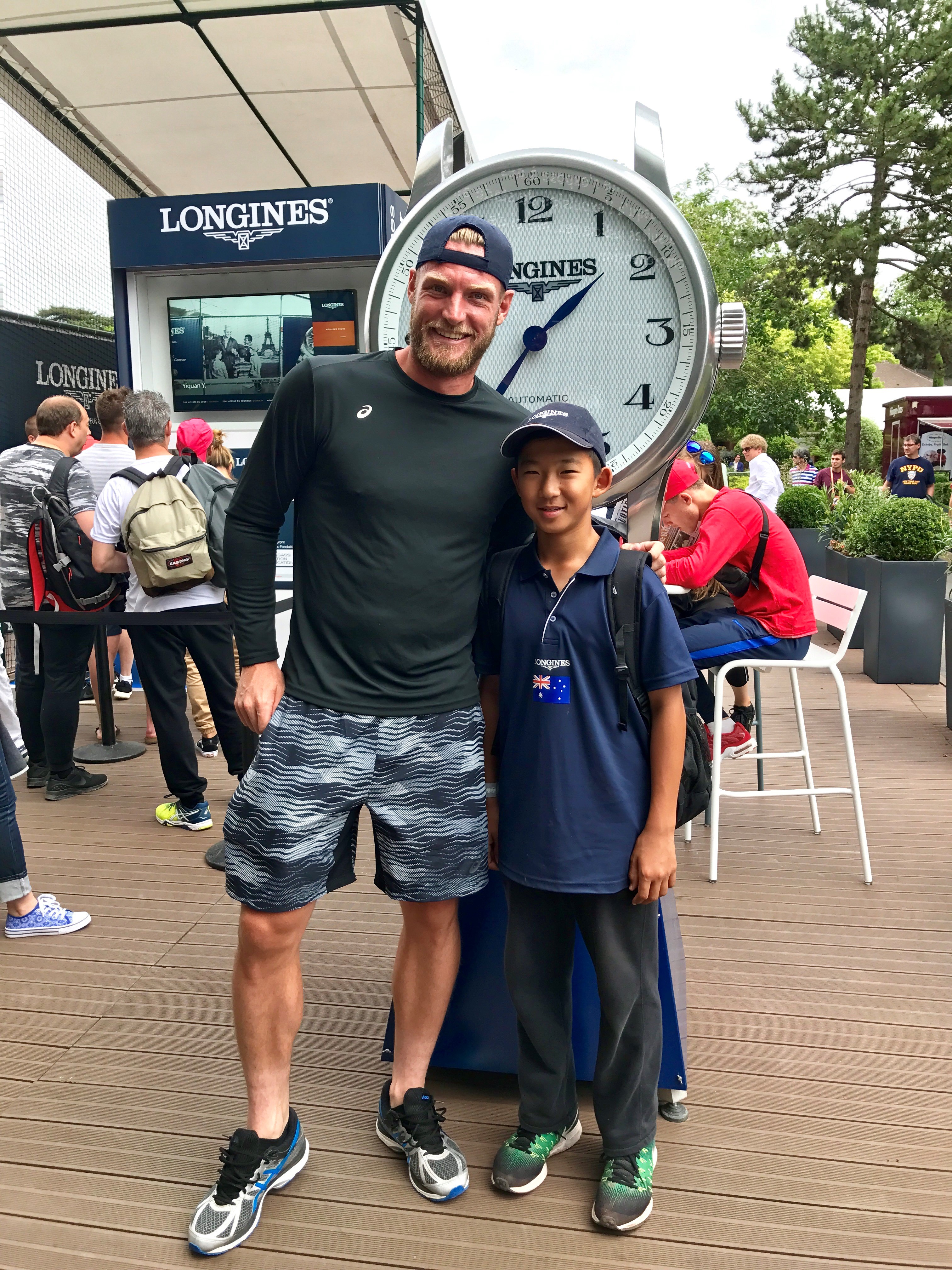 In front of a crowd of 150, Polands’ Martyn Pawelski won the three-day tournament on Saturday, with a victory over Chak Lam Coleman Wong in three sets 2-4 4-3 7-6, taking home the all-important 2017 Longines Future Tennis Aces trophy and an annual bursary of $2,000 USD until his 16th birthday to go towards pursuing his tennis career. Vice President and Head of International Marketing for Longines, Mr. Juan-Carlos Capelli, also presented Pawelski with the Official watch of French Open, the Longines Conquest Roland Garros valued at $2,075 AUD.

Despite the early elimination, Jin showed the makings of a future tennis star playing a tough three-set match 0-3 3-1 7-4 against opponent Nikitia Bochkarev from Russia. 12-year-old Jin, from Kogarah in NSW, was the Australian representative in the tournament, which included 20 of the top young players from around the world.

The weekend wrapped up the eighth edition of the Longines Future Tennis Aces tournament – an event at the heart of the French capital that brings together young tennis hopefuls for three days of exceptional competition on clay.

It was finally time to play the matches. I wasn’t sure how I would go against the other boys but I was excited to give it my best. We played a short format which meant I had to be ready to go right from the very first point. Each player was in a pool of five players. In my pool we had players from the United States, United Kingdom, Russia and Hong Kong. Each match was a tough contest and everyone played at such a high level. I won one match against Russia’s Nikita Bochkarev. Unfortunately at the end of the day I wasn’t able to qualify for the quarter-finals stage. 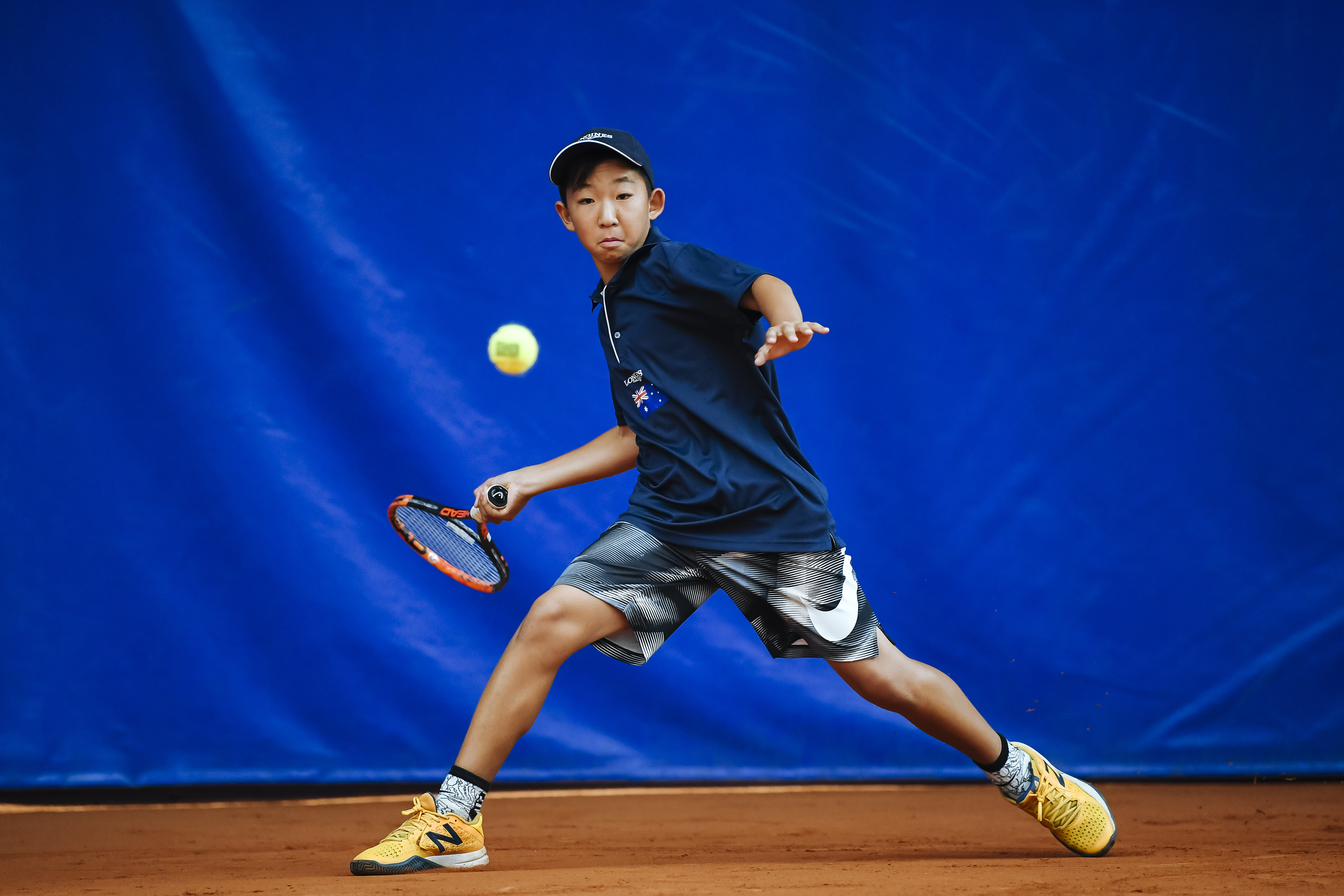 The following day they took us on a tour in Paris, we got to see some amazing sights including, the Musee Grevin, which is a wax museum. Some of them looked so real, my favourite was Zlatan Ibrahimovic. After this we went for a walk around Paris and stopped at the Acadamie Nationale De Musique for a few photos. We then walked again to the Hard Rock Café and had some lunch. After the lunch we went back to La Defense to watch the Semi-finals. The quality of matches was really high and it was great tennis to watch.

The next day was the final at La Defense, again the quality of the match was extremely good to watch. After the match to 2 finalists got to play some exhibition doubles with Andre Agassi and Alex Corretja. I got the opportunity to meet Andre after the match, he gave me some good advice and wished me luck for my tennis career.

That afternoon we got to go to Roland Garros and sit on the centre court to watch some matches. Before the matches I got to go and meet Sam Groth, the worlds fastest server. Once we got on Court Philippe Chatrier, we got to see Andy Murray vs Del Potro. The court was amazing to sit in and you felt so close to the match. Murray won this match then, Gasquest and Monfils came on to play, we only got to see the first set before it started raining.

That night we had a big dinner on a boat, the boat travelled up and down the Seine, some of the views we got to see were incredible and as usual, the food was amazing. We ended the night getting to see the Eiffel Tower’s lights flashing, they do this every night at 11pm.

This trip has been an amazing experience, getting to see all the different player’s training and competing has been wonderful. I have made friends here with everyone and I hope that we can all stay in contact as we continue to play tennis.

Thank you to Longines and Tennis Australia for giving me this opportunity, it has been an incredible experience.