Jack McLean enjoyed a day he will never forget when Alicia Molik visited his school. 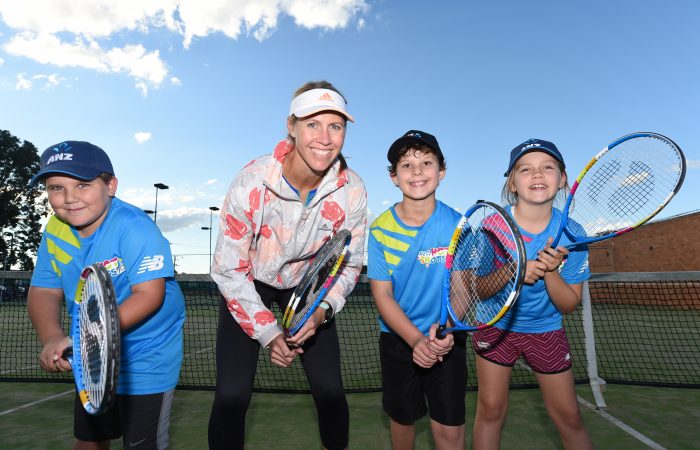 As part of the prize for being named the 2016 ANZ Tennis Hot Shot of the Year, Jack and his classmates at Casino Public School welcomed Molik to their assembly, before the eight-year-old and some of his best friends enjoyed a private lesson with Australia’s Fed Cup captain at Casino Tennis Club.

Jack was thrilled to introduce Alicia Molik to his peers and tennis friends.

“It was really fun, we worked on all different skills including volleys, ground strokes, serving and movement around the court”

The annual ANZ Tennis Hot Shot of the Year competition rewards budding young tennis stars from across the country for their participation, enthusiasm and enjoyment of the game while also demonstrating sportsmanship to their peers.

Jack was announced as the 2016 ANZ Tennis Hot Shot of the Year at an official ceremony held in January during Australian Open 2017.

He and his fellow ANZ Tennis Hot Shots enjoyed a VIP experience, including a behind-the-scenes tour of Melbourne Park, the chance to watch some of the world’s best players compete and the opportunity to hit with Molik at the hallowed Rod Laver Arena.

As well as the school visit and private lesson, Jack also receives $5,000 and one year of free tennis coaching.

There are currently more than 2,000 schools across Australia which participate in the program as part of their health and physical education curriculum, with 438 located in NSW.

Nationwide, more than 213,883 children played ANZ Tennis Hot Shots in 2015/16, making it one of Australia’s most popular sport participation programs.