Molik: We trust and believe in Gavrilova 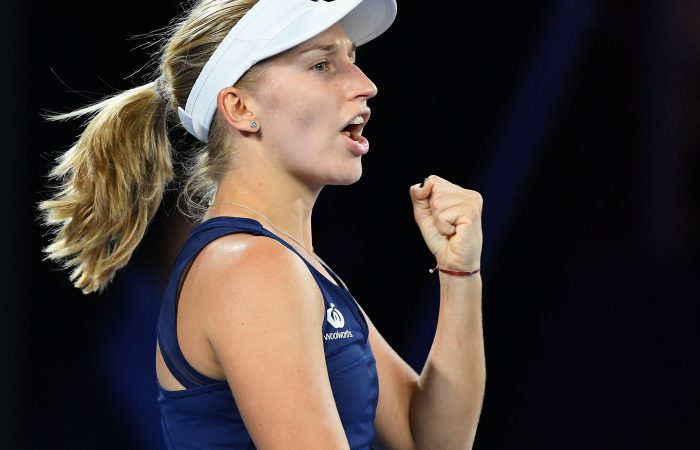 Australian Fed Cup captain Alicia Molik has declared her team has unwavering belief in Daria Gavrilova’s ability to steer them to victory this weekend.

Gavrilova, the world No.27, will spearhead the Australian team in a World Group II Play-off against Serbia.

The 23-year-old arrived in the Serbian city of Zrenjanin last week to begin early preparations for the must-win tie.

Molik is impressed with Gavrilova’s commitment – and is encouraging her to embrace any nervous energy she may feel ahead of her third Fed Cup appearance.

“She’s had the experience now, so she can’t worry about what it is going to feel like when she is feeling nervous,” Molik, who competed in 22 Fed Cup ties during her playing career, said.

“She’s our number one player in terms of rankings, so she should feel pressure – that is normal.

“I think it is just a matter for Dash to understand that as your best player that is what you carry, and that is something to look forward to. It’s a nice feeling to know that your team-mates believe in you, they rely on you and have trust in you to win.

“So from her perspective I think she should see it as a real positive that we all absolutely trust in her ability and trust in her as a player.”

The tie falls at an important stage of the season for Gavrilova, who is aiming to recapture top form and continue her push for a top 20 breakthrough.

In January she became the first Australian woman since Molik in 2005 to make consecutive Australian Open fourth round appearances, but her win-loss record since is 3-6.

Molik is backing Gavrilova, a former French Open girls’ finalist, to bounce back strongly during the WTA Tour’s upcoming clay swing. It is a surface Garvilova boasts win over Simona Halep, Petra Kvitova, Ana Ivanovic and Elina Svitolina on.

“I’m expecting big things from her on clay,” Molik said. “She’s a great competitor on the dirt.”

The Australian team faces Serbian on an indoor hard court in Zrenjanin this weekend. The tie will be broadcast on 7TWO, starting from 10.30pm AEST on Saturday 22 April and Sunday 23 April.