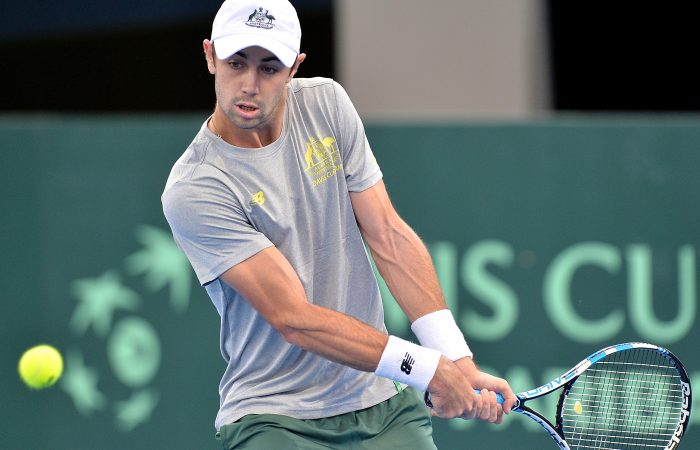 The 22-year-old will make his second Davis Cup appearance before top-ranked Australian Nick Kyrgios meets John Isner in the other singles rubber on the opening day.

It will be the first meeting between Thompson, ranked No.79, and Sock, the world No.15.

Thompson returns to Pat Rafter Arena after a breakthrough performance at the 2017 Brisbane International, where he reached his first ATP World Tour quarterfinal and teamed with Thanasi Kokkinakis to win his first doubles title.

Isner, the world No.23, holds a 2-1 career win-loss record against Kyrgios, Australia’s top-ranked player at No.16. But Kygrios won their most recent meeting in the Atlanta final last year in two tiebreak sets.