A wiser and more experienced Michael Look has returned to the game by qualifying for the main draw in Mildura. 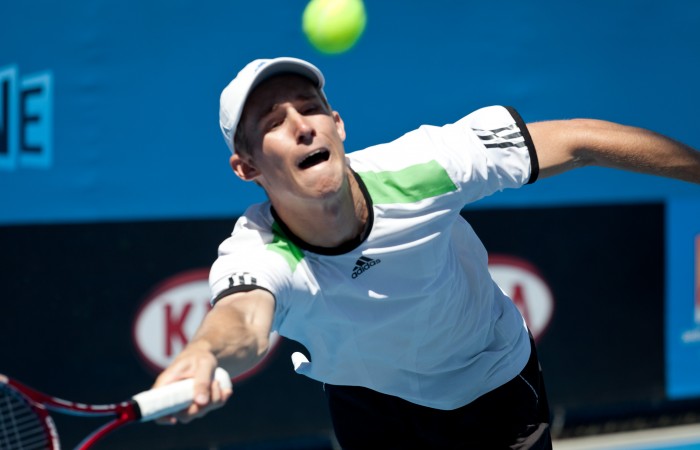 After a nearly four-year hiatus, Queenslander Michael Look, now 29, has shown positive glimpses by qualifying for the Mildura Grand International on Monday.

“I’m really happy,” Look said. “I think I’m getting better with each match that I play. Obviously, I haven’t been playing much at this high level, so it’s a different mentality, but I feel myself getting mentally stronger each match.

“I’m holding high hopes for the rest of the tournament.”

The former world No.323, a US college graduate from UCLA, stepped away from the tour in 2013 to focus on a corporate career. “I decided to take a break after getting a really good job offer,” he said. “At the time, I felt like I needed a change, so that’s where I’ve been, working in corporate finance in Brisbane.

“I’d spent a lot of time doing my schooling and it was something that I was really passionate about, so I took the opportunity to pursue it for a while,” Look added. “One of the major reasons was that I didn’t want to be leaving the tour in my thirties and not having any other experience in I guess what you could call ‘the real world’”.

During that time, Look never lost interest in the game and watching some of the young Australians doing well started to have a major impact on him.

“They reignited my spark,” he said. “I became really passionate about tennis again and was even hitting with a few of the up-and-comers.”

Now he’s decided to refocus his attention fully on the game he loves, Look understands there’s plenty of work to be done. “I really only made this decision wholeheartedly in January this year, so I feel like I’m still building up to a full time training block. I’m still working part time, but the goal is to get back on the ATP rankings and then give it a real crack in September for the Aussie summer.

“A big goal of mine would be to play qualifying in my hometown, at the Brisbane International.”

Now four years older and wiser, Look feels he brings something different to the court these days. “Mentally, I feel a lot more mature. I think when you grow up your entire life doing nothing but playing tennis it gives you almost tunnel vision,” he said. “I feel like I’ve gained a lot of perspective by going out and getting a ‘normal job’ – there are things I experienced that you just can’t do as a tennis player.

“I think it’s just given me real clarity on not just my life, but also my tennis game.”

Look faces unseeded Brazilian Thales Turini in the opening round.

Among other qualifiers on Monday was Victorian teenager Erik Holt-Crossman, who reached the main draw after an impressive straight sets victory. He will now play No.7 seed Fernando Romboli of Brazil.

Top-seeded American Evan King – despite his self-proclaimed lack of experience of grass – looks the man to beat this week, but there are a number of players in the chasing pack including in-form South Australian Alex Bolt, the No.6 seed, who will relish the grass court conditions in Mildura. Seeded Aussies Dayne Kelly, Bradley Mousley and Gavin Van Peperzeel will also press while Kiwi third seed Finn Tearney looks well-positioned to make a deep run.