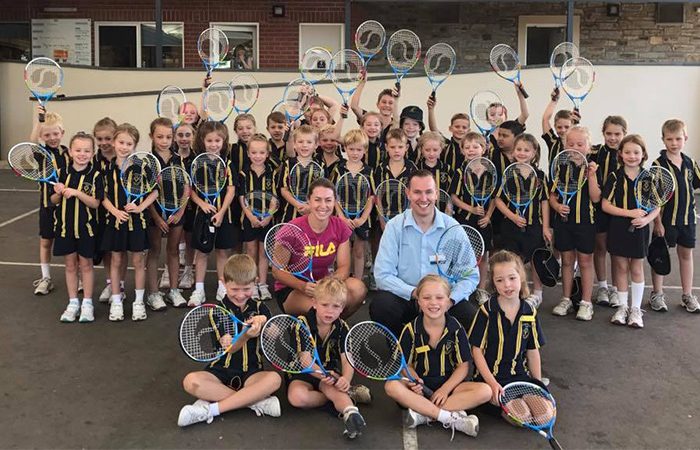 Sally Peers who was competing in the Clare Valley Tennis International joined local ANZ Branch representative, Danny Polden to have a hit with kids and celebrate the delivery of these new tennis racquets this morning.

In the past 24 months, ANZ Tennis Hot Shots has distributed over 50,000 racquets to prep school students nationwide.

ANZ’s support of the program has ensured reception school students registered as part of the School Partnership Program receive a brand new tennis racquet, with tens of thousands of children taking up the opportunity.

ANZ Tennis Hot Shots is one of Australia’s most popular sports participation programs for the five to 12 year old age group with a record 213,883 participants nationwide in 2015/2016.

More than 98,415 primary school students across 2035 schools participate in the program as part of their health and physical education curriculum.