Maiden title for Jasika in Burnie 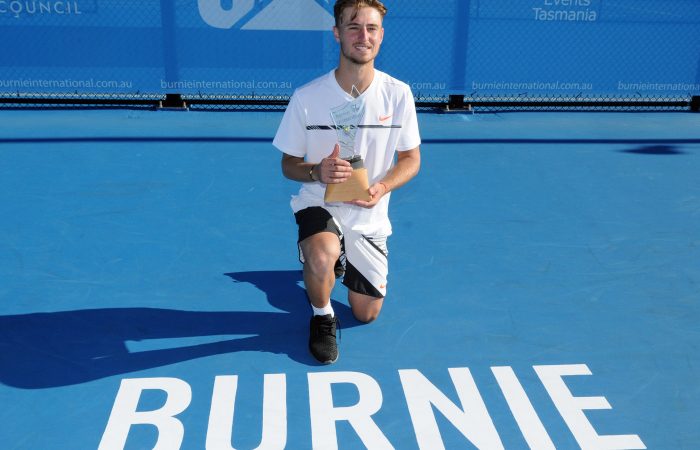 Omar Jasika has claimed his maiden ATP Challenger title with a convincing 6-2 6-2 victory over Blake Mott in Burnie.

“It’s No.1 for me,” Jasika said. “I’ve been playing some great tennis, hopefully I can keep the ball rolling and try to get another one under my belt.

“I’m happy to get a title early in the year, it will really help build my confidence throughout the whole season and get up the ranks a bit more.”

Jasika, 19, will move very close to his career-high ranking of world No.256 as a result of the victory.

He has been in exceptional touch throughout the Caterpillar Burnie International – recording wins over Matthew Barton and Matthew Ebden on his way to the final – and on Saturday he continued his dominance with a near-flawless display, taking out Mott in just an hour.

“I tried to play my game and get a good start, which I really did, so I think that helped a lot,” he said.

Jasika’s purple patch extends from late last year when he won the Australian Open 2017 Wildcard Play-off before making the final of the ATP Challenger event in Happy Valley.

“I had a really good pre-season training block and I think I’m physically fitter and mentally better,” he said.

Both men now move onto Launceston where Mott will attempt to defend his own maiden ATP Challenger title.