Nick Kyrgios swept aside Czech No.2 Jan Satral to hand Australia a 2-0 lead in the Davis Cup. 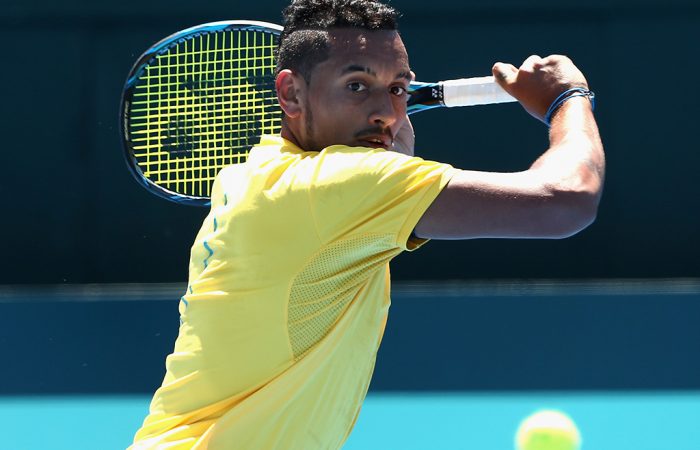 Nick Kyrgios has his swagger back and Australia have a commanding 2-0 lead after a perfect opening day in their Davis Cup tie with the Czech Republic at Kooyong.

For Thompson, the feeling was exultation.

On his Davis Cup debut, the 22-year-old won a high-pressure rubber 6-3 6-3 6-4, kissing his tattoo of an Australian coat of arms in celebration before calling it “the best feeling in my life”.

Kyrgios made light work of the world No.157.

He won the first three games of each set to keep Satral at arm’s reach.

Kyrgios played a consistent brand of tennis, pushing his opponent around the court and dominating on serve.

There were moments of show – a look-away drop-volley effort and an enormous, but redundant, smash that came after the linesman had called out – but this was a business-like Kyrgios on display.

His quickest serve was clocked at 223km/h, with an average first delivery speed of 200km/h on a sunny Melbourne day.

The world No.15 slammed 21 aces in all, and might have finished in less than 94 minutes but he needed six match points to wrap it up.