John Peers is hoping that his Australian Open victory will be the catalyst for Davis Glory glory. 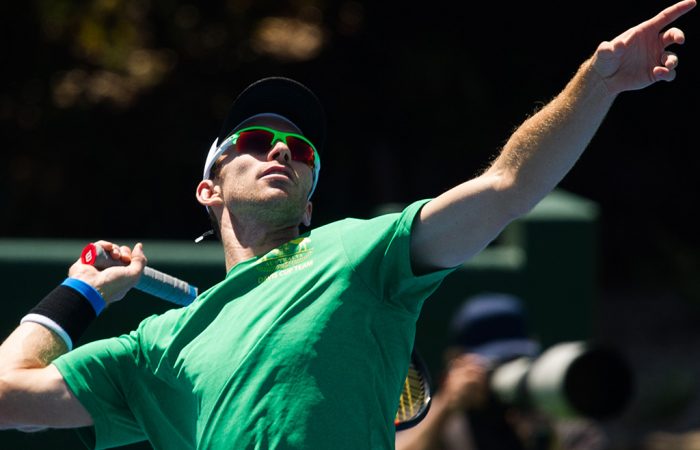 Grand slam champion John Peers is hoping there’s a reason for a double celebration after putting his Australian Open party on ice until after the Davis Cup tie against the Czech Republic this week.

Rather than see in the sunrise as singles champion Roger Federer did, Peers said he was early to bed with a job still to do in the world group first round tie.

“After winning last week I’ve gone back to work with the boys this week and then will take a few weeks off and it will be nice to do that,” the 28-year-old said.

“I got a lot more sleep than my partner did.”

Australia are counting on Peers’ special form continuing at Kooyong when he pairs with Sam Groth.

Team captain Lleyton Hewitt said Peers hadn’t put a foot wrong since helping Australia back into the world group with their win over Slovakia last year.

He has played two Davis Cup ties with a win and a loss.

Peers and Kontinen duo linked up at the start of the 2016 and claimed last year’s Paris Masters 1000 and ATP World Tour Finals titles as well as the Australian Open crown.

In the final, Peers was the only player who didn’t drop his serve and capped the victory with a perfect forehand lob winner on the final point.

“It’s an unbelievable achievement; he and Kontinen have played extremely well in the last six months,” Hewitt said.

“For him this week it’s about fitting in and keeping that rhythm going.

“There’s not a lot we have to do with Peersy, he’s feeling confident and he knows where his game is at so it’s great.”