Local James Frawley will make his ATP Challenger debut in Canberra among a dozen Australians including Sam Groth. 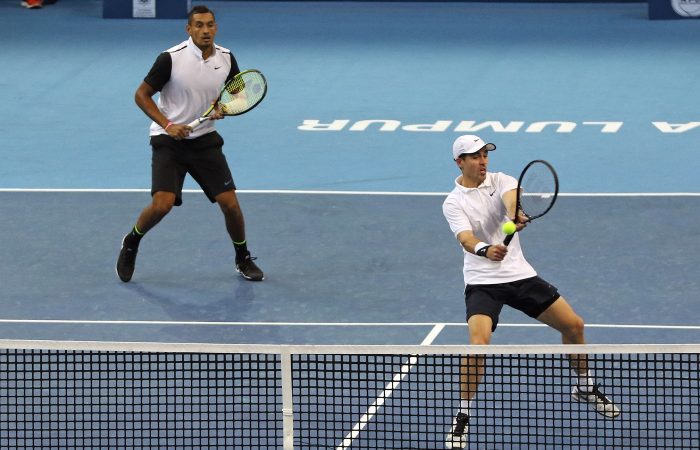 Canberra’s James Frawley will make his ATP Challenger debut at home on Tuesday after qualifying for the East Hotel Canberra Challenger.

The 22-year-old – under the watchful eye of childhood friend and fellow Canberra local Nick Kyrgios – joined a dozen Australians, including former world No.53 Sam Groth, in a strong international field that includes eight players currently inside the top 100 in the world.

Tournament Director Ross Triffitt said it’s brilliant to have a homegrown player in the draw. “James has played exceptionally well to qualify, winning both his matches in straight sets,” he said. “It’s fantastic to have a local representative in the main draw.”

Wildcard Brandon Walkin of Queensland has drawn the top seed in Germany’s Jan-Lennard Struff, who will also play an Australian in the second round as wildcard Andrew Harris of Victoria and Queensland’s Thomas Fancutt face off.

Should Struff – the world No.63 – progress beyond that, he will be on track to potentially meet French third seed and the world’s No.2 doubles player Pierre-Hugues Herbert in a quarterfinal, with Belgium’s Steve Darcis possibly waiting beyond that.

Reigning Wimbledon junior champion Denis Shapovalov of Canada could also make his mark in the top section of the draw. He faces Japanese qualifier Yusuke Watanuki in his first outing with Herbert a potential second round match-up.

Second seed Gerard Melzer of Austria will open his Canberra campaign against promising Victorian Daniel Nolan with Groth potentially lurking in the following round. The big-serving Aussie will need to first get past Indian Vijay Sundar Prashanth.

The bottom half of the draw looks stacked with familiar international players as the likes of improving Argentinian fourth seed Renzo Olivo, his compatriot Carlos Berlocq and veteran Columbian Alejandro Falla all fight it out for a place in the semifinals.

Rising Frenchman Quentin Halys – an Australian Open wildcard recipient – and Moldavian Radu Albot will also face each other in what is shaping up to be a compelling first round encounter when main draw play begins on Monday.

With the late withdrawal of Happy Valley finalist Omar Jasika as he finalises his preparation ahead of next week’s Australian Open, Sydney’s Jake Delaney will take his place in the draw as a lucky loser. He meets eighth-seeded Israeli Dudi Sela in the first round.