Olivia Gadecki and Annerly Poulos faced off just last week in the 14/u Australian Championships final. Gadecki won their second straight meeting, this time in the 16/u event. 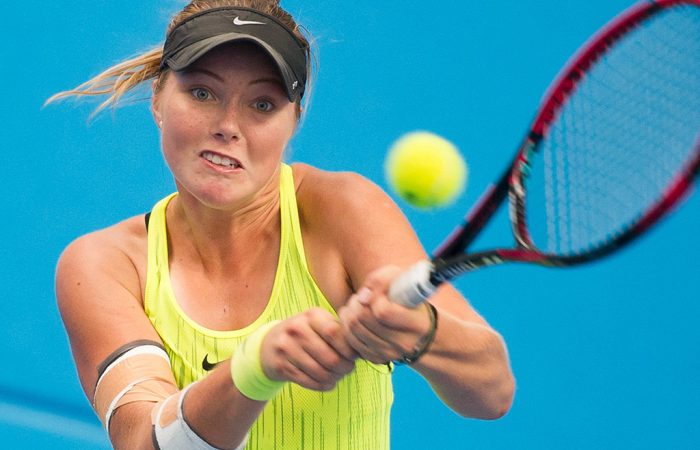 Olivia Gadecki powered into the quarterfinals of the 16/u Australian Championships with a commanding win over Annerly Poulos on Thursday.

Gadecki and Poulos met just last week in the final of the 14/u tournament, with Gadecki emerging trumphant in three sets.

Yet the second time around, the No.2 seed was in sharper form, dismissing Poulos 6-2 6-1 to reach the last eight of the higher age group.

There she will meet Patricia Apisah – whose older sister, Violet, recently won the WTA Future Stars event in Singapore – who reached the quarterfinals with a 6-3 6-2 win over Yasmin Glazbrook.

In the boys’ 16/u tournament, three of the top four seeds – Alexander Crnokrak (1), Matthew Dellavedova (2) and Thomas Bosancic (4) – progressed to the quarterfinals with straight sets victories.

Third seed Michael Shepheard was eliminated in the first round on Wednesday.

In 12/u action, Amor Jasika – younger brother of Australian pro Omar, who is through to the semifinals of the AO Play-off – won his third-round match at Melbourne Park on Thursday.