Four Challenger titles and a career-best Grand Slam result pushed Jordan Thompson into the top 100 in 2016, and into contention for the Newcombe Medal. 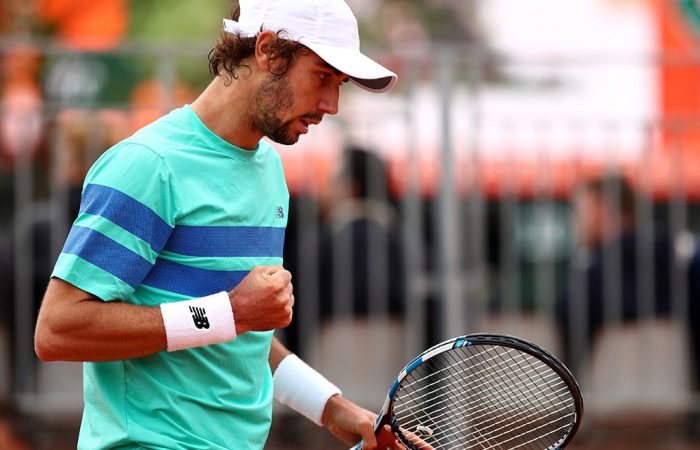 The Sydneysider, who finished 2015 at world No.154, is now ranked 80th after a fantastic season in which he won 49 professional matches.

Thompson’s only tournament victories prior to this year came at Futures level, but in 2016 he won four Challenger crowns – in Cherbourg, Anning, Ho Chi Minh City and Traralgon – to entrench himself in the top 100.

And he came within a couple of points of stunning world No.28 Ivo Karlovic at Roland Garros in what would have been a career-best victory, before succumbing 12-10 in the fifth set of their second-round match.

Despite the near miss it was still Thompson’s best performance at a major event, and coupled with his Challenger successes and rankings improvement, the 22-year-old finds himself one of the six nominees for this year’s Newcombe Medal, awarded to Australia’s most outstanding elite tennis player and ambassador for the sport.

Asked to name the factors contributing to his rise, Thompson said: “Just being a bit more aggressive I’d say. Taking a few more risks – even though it’s not really a risk, coming forward, trying to finish points at the net is a real key.

“So many guys are so good from the baseline, you can’t go all day with them, so you’ve got to use all of your skills and advantages. I guess that’s what I’ve done.

“I was pretty happy with myself (when I reached the top 100). After I won the match that got me into the top 100 … I had a smile on my face all day. I’ve been working towards that my whole career. It’s not the ultimate goal but it’s the main (indicator) whether you’ve made it or not, (getting to play) Grand Slams, so I was pretty thrilled with myself.”

Thompson reached that elite rankings bracket in the first week of May after his victorious week in Anning, China, and has stayed there ever since. And it means he can incorporate more ATP events into his schedule.

So far he’s yet to translate his success on the Challenger circuit to tour level – he won just three matches across the four slams, five ATP tournaments and Olympic tennis event he contested in 2016.

But he was competitive, as his Roland Garros result, among others, certainly proved.

“The opponents at ATP level are accomplished players, so it’s a higher quality,” he observed.

“I’m comfortable with the level but I haven’t done it a whole lot. So obviously it’s going to be a lot tougher. I played an ATP 250 in Nottingham and played Benjamin Becker and lost to him 6-4 in the third; he’s been a great player for a long time so to hang with guys like that I think is a step forward.”

Outside of those, Thompson played 21 Challenger events and compiled an impressive 46-17 win-loss record.

Currently sitting at a career-high ranking, he is perfectly poised to build on his momentum and confidence and target an even stronger showing on the ATP circuit in 2017.