John Peers and Henri Kontinen have claimed the biggest title of their respective careers with victory at the ATP World Tour Finals. 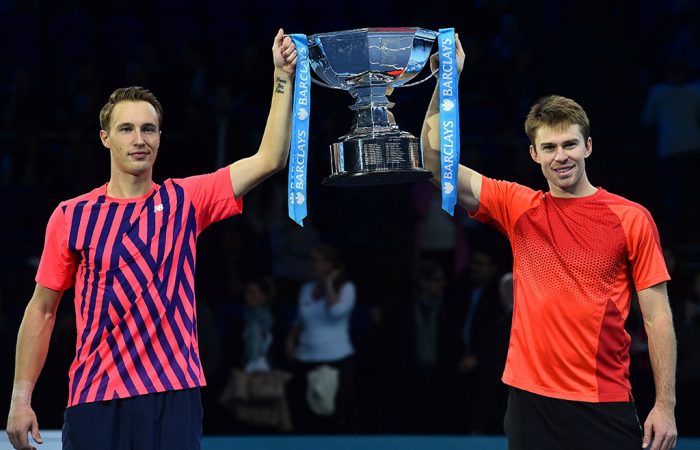 Peers and Kontinen beat Raven Klaasen and Rajeev Ram in a thrilling final to take their winning streak to 10 matches.

The 2-6 6-1 [10-8] victory delivered both Peers and Kontinen the biggest title of their career.

It was their fifth trophy of 2016 after victories in Brisbane, Munich, Hamburg and the Paris Masters.

“Couldn’t have dreamed of a better way to end the year,” Peers tweeted. “Thank to everyone for all their support this year.”

Peers and Kontinen finished a perfect 5-0 in London after winning all three of their round-robin matches before semifinal and final victories.

“I knew that we had a great chance of going all the way if we could produce the level of tennis we did in Paris and Shanghai,” Peers said.

“It was just a matter of seeing what we could on each day and backing up day in and day out and we were able to do that, and came away with the glory which was nice.

“When I start to think what we’ve achieved probably in the last month, it’s been a great thing for both of us. It just feels really good to know all the hard work we kept putting in time and time again, even if we felt good or bad, that it’s all starting to pay off, and we can contest for the big tournaments all the time.”