Peers, Kontinen into semis in London

John Peers and Kontinen have qualified for the last four at the ATP World Tour Finals after moving to 2-0 in the round-robin stage at The O2. 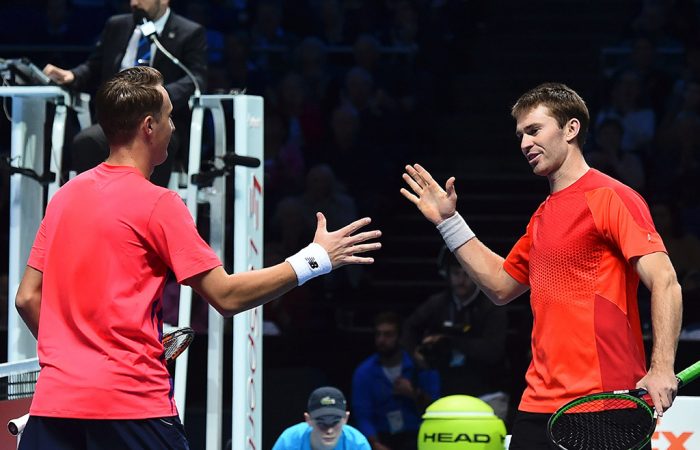 John Peers and Henri Kontinen have continued their stellar form, beating Raven Klaasen and Rajeev Ram in straight sets to secure a semifinal berth at the ATP Finals.

The Aussie and the Finn combined to been Klaasen and Ram 6-3 6-4, moving into first place in their round-robin group with a 2-0 record.

Klaasen and Ram will next face Spanish duo Feliciano and Marc Lopez – with both teams owning a 1-1 record, the winner will join Peers and Kontinen in the semifinals.

Top-seeded duo Nicolas Mahut and Pierre-Hugues Herbert slumped to 0-2 in the group stages and cannot progress to the semifinals.

“Solid win today. Very happy with our start so far,” Peers tweeted after completing victory in a brisk 64 minutes.

Peers and Kontinen won 83 per cent of their first serve points, almost the same percentage on their second, and saved all three break points they faced.

The duo have won 11 of their past 13 matches and will look to extend their winning record in London when they face Mahut and Herbert in their final round-robin match on Friday.