John Peers, playing alongside Finnish partner Henri Kontinen, captured the biggest ATP title of his career with victory at the Paris Masters. 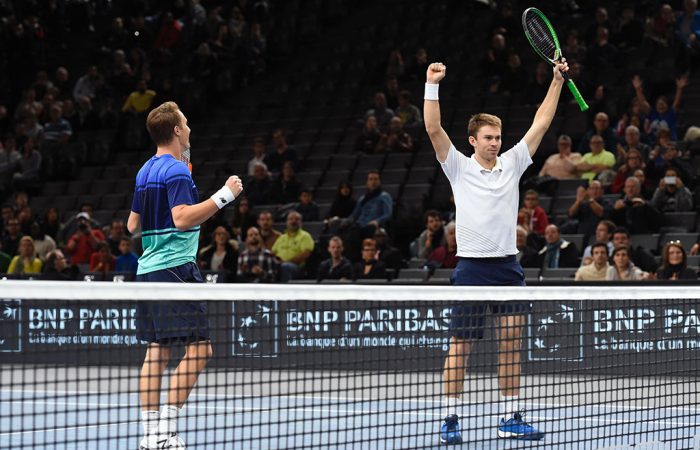 John Peers and Henri Kontinen will head to the World Tour Finals with plenty of momentum after capturing the Paris Masters trophy at the weekend.

They also defeated the legendary Bryan brothers in the quarterfinals.

The Australian-Finnish duo just days earlier secured their ticket to London thanks to a first-round win in Paris.

The victory is the biggest ATP title in both Peers’ and Kontinen’s careers.

“It was amazing to actually get the first Masters title for both of us. I know we’ve put in a lot of hard work together and it’s something to cap off a really good year, just before we head into London,” Peers said.

The result continues a strong run of form for Peers and Kontinen, who reached the final at the previous Masters tournament in Shanghai in October.

Victory in Paris marked title number four in 2016; their other trophies came in Brisbane, Munich and Hamburg.

Peers and Kontinen have won nine of their last 11 matches.