With their first-round victory at the Paris Masters, Aussie John Peers and Finnish partner Henri Kontinen secured their place at the World Tour Finals in London. 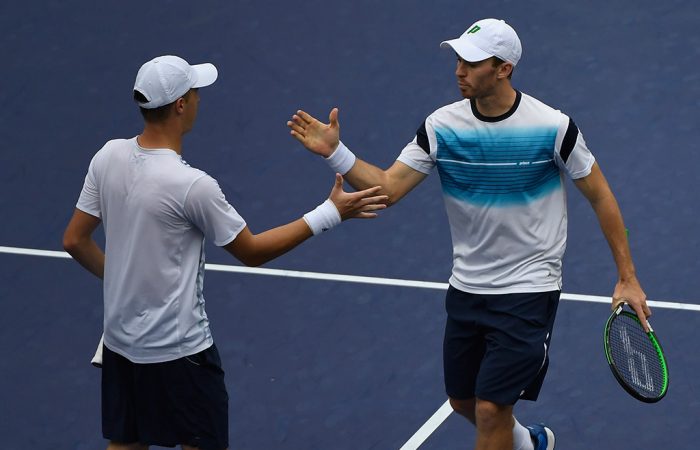 John Peers will head to London for the second straight year to take part in the World Tour Finals.

The Aussie, along with Finnish doubles partner Henri Kontinen, secured their ticket to the O2 Arena by winning their opening-round match at the Paris Masters.

Their 6-2 6-2 victory over Treat Huey and Max Mirnyi saw them become the seventh duo to qualify for the eight-team field.

“We knew what we had to do and it was good to be able to do it,” Peers, who qualified last year with Jamie Murray, told atpworldtour.com.

“London is the biggest tournament – the top eight teams in the world. It was definitely our goal to be able to make The O2.”

Peers and Kontinen next face No.7 seeds Raven Klaasen and Rajeev Ram as they shoot for their fourth ATP title of 2016.