Kokkinakis to miss US Open

The latest blow in an already injury-ravaged season, a pulled pectoral muscle has ruled Thanasi Kokkinakis out of next week's US Open. 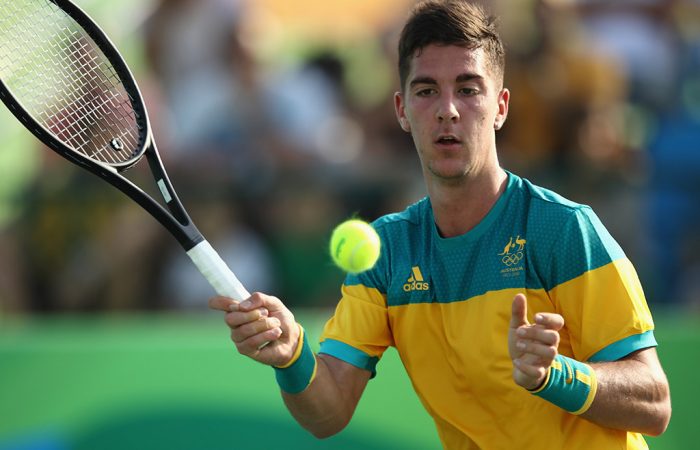 Australian Thanasi Kokkinakis’ Grand Slam season is officially a write off, after the tennis star was ruled out of the US Open.

The 20-year-old pulled a pectoral muscle in training, and will now miss the final major tournament of the year which starts on 29 August.

The injury could also place him in doubt for next month’s Davis Cup tie against Slovakia in Sydney.

Kokkinakis’ injury is not believed to be related to the shoulder blow which ruled him out of the first three majors of the season.

The South Australian has played just one competitive match on the tour this year, going down in straight sets via two tie breakers in this month’s Olympics to Portugal’s Gastao Elias.

“He was hitting some high forehands and he kind of felt it just a little bit,” his manager, Rick Montz, told Fairfax Media.

“It’s worse than a strain, so it’s going to take a couple of weeks, probably, of not hitting, for that to heal.”

Kokkinakis has since slipped to No.841 on the rankings as a result of the of the ongoing injuries, down from his 69th place ranking he held at this point last year.