Isner serves Barton out of Wimbledon

After winning through qualifying and reaching the second round at a major for the first time, Matt Barton leaves Wimbledon following defeat to 18th seed John Isner. 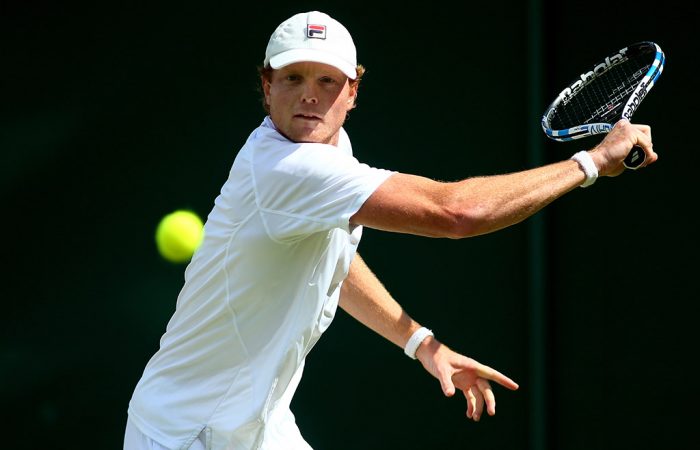 Australian qualifier Matt Barton hopes to use his stunning Wimbledon appearance as a springboard for his burgeoning career despite being crushed under an avalanche of aces from John Isner.

Barton, who briefly retired two years ago with a troublesome knee injury, pushed Isner to three tiebreaks in their second round clash on Friday but was unable to get the best of the American, who sent down 43 aces to win 7-6(8) 7-6(3) 7-6(8) in two hours and 17 minutes.

Despite the loss, Barton pocketed £50,000 ($A89,500) and a provisional rankings boost to a career-high No.187 following his first-round win over France’s Albano Olivetti.

“It’s obviously been a great experience. It’s a dream come true, and to win a match first round was great,” Barton told AAP.

“I’m disappointed but I feel like I’m at a pretty good level with my game and if I can keep chipping away I’ll hopefully come up with some more good results.

“This is just some icing on the cake for me. Hopefully I can get a main draw wild card at the Australian Open.”

Barton remarkably dropped serve just once through eight sets in his two matches, but crucially it came when he was serving for the third set following an untimely 90-minute rain delay.

Barton produced four double faults – of his seven for the match – to gift the 18th seed a break and allow him to force another tiebreak.

He felt that had the rain not arrived, he would’ve closed out the set and believes he’d have been well placed to trouble Isner.

“(The rain) wasn’t ideal. I was feeling good with my serve then the rain delay came,” he said.

“I didn’t expect to do those double faults, but that’s tennis. I would’ve had a lot of momentum going into the fourth.

“If I could’ve jagged that, he would’ve been a lot more tired in the fourth set I reckon. And anything could’ve happened from there on.”

Having saved two match points in the tiebreak, Barton had no answer to an unreturnable Isner serve which sent the big man into the third round, where he will face French 12th seed Jo-Wilfried Tsonga.