Tomic battles into third round

He was given a scare against a plucky qualifier, but 19th seed Bernard Tomic got the job done to advance to the third round at Wimbledon. 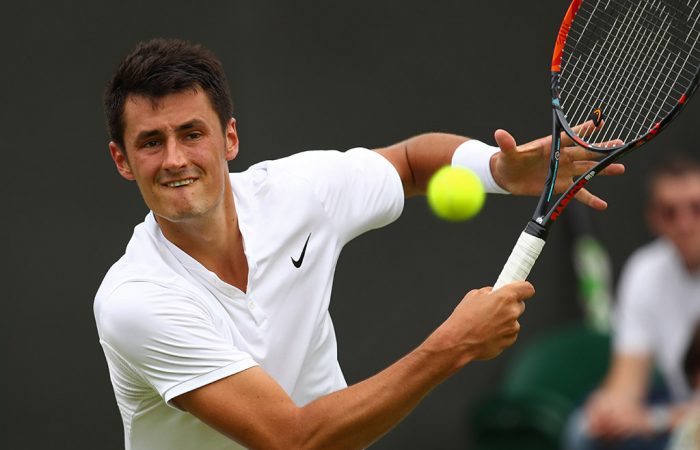 Bernard Tomic has, for the fourth time in his impressive career at the All England Club, moved into the third round at Wimbledon.

The Queenslander kept cool under pressure to end the qualifier’s run with a composed display on Thursday.

“It was a dogfight and I needed to give everything out there,” Tomic said after fighting from a break down in the fourth set to advance.

Hoping to make the last 16 for the third time, Tomic is expecting a tough time against Bautista Agut.

“He plays similar to the guy that I played today,” Tomic said.

“He competes well, he’s an amazing mover and that’s why he’s close to top 10.

“He’s at a career-high ranking now of around 13 or 14 and I heard he got a default today so energy-wise he’ll be a lot better than me.”

Tomic was the first Australian into the last 32, before John Millman joined him thanks to an impressive upset victory over 26th seed Benoit Paire.