Australians Adam Kellerman, Ben Weekes, Dylan Alcott and Heath Davidson will make the trip to Rio for the 2016 Paralympic tennis event on 9-16 September. 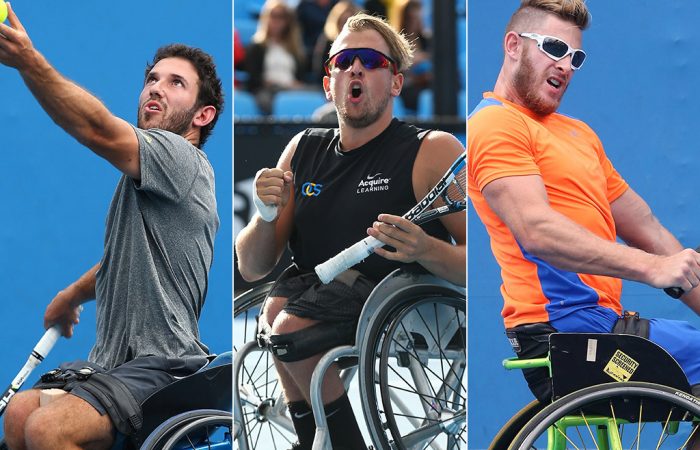 The quartet will grace the courts at the Olympic Tennis Centre at Barra Olympic Park on 9-16 September.

Kellerman, ranked 11th, and Weekes, the world No.26, will contest the 52-player men’s singles event, one of six events on the tennis program.

The others are women’s singles, men’s and women’s doubles, and quad singles and doubles.

Kellerman reached the third round at London 2012 – his first Paralympics – and with Weekes progressed to the second round of the doubles draw.

London was my first ever Paralympics, and now I can't believe I'm competing in Rio later this year #rolltorio pic.twitter.com/90VQGgwB4m

This will be Weekes’ fourth Paralympic appearance, after Athens (2004), Beijing (2008) and London; his best results were second-round finishes in Athens and London.

World No.1 Alcott heads the entry list for the quad singles event and will be joined in the field by fellow Aussie Heath Davidson, who gained entry via a Bipartite Commission Invitation place.

Davidson is currently ninth in the world quad rankings.

It is the first Paralympic appearance for both Alcott and Davidson, the former the reigning Australian and US Open quad singles champion.

Alcott is currently riding a 25-match winning streak, with his last singles loss coming back in January.

Tennis at the Rio Paralympics will be a hardcourt event, with a 10,000-capacity centre court and 3,000-capacity secondary show court.

“Following the most successful Paralympic Tennis Event in history at London 2012, I am confident that this year’s event will be an equally memorable competition,” said ITF president David Haggarty.

“Wheelchair tennis has become one of the most popular Paralympic sports thanks to its outstanding athletes and great personalities, and we are looking forward to a great atmosphere and some fierce competition.”

The official team will be announced by the Australian Paralympic Committee at the end of July.