Millman to give Wimbledon a ‘red hot crack’ 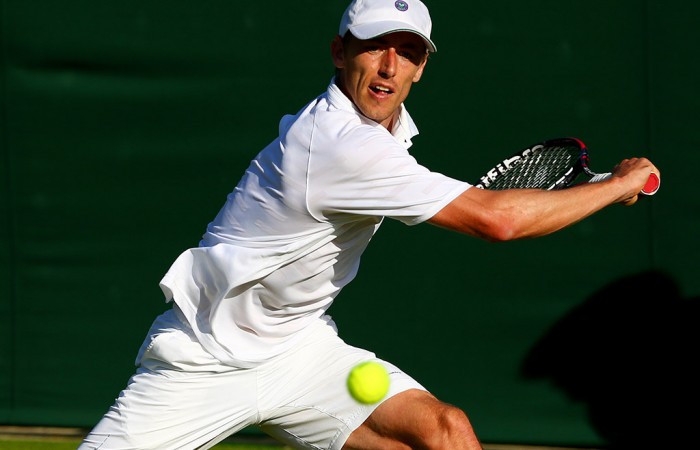 John Millman is vowing to “give it a red hot crack” as he returns for an encore to his spectacular Wimbledon debut last year.

Millman emerged from years in the tennis wilderness, battling injury after injury, to reach the second round from qualifying in 2015.

The affable Queenslander eventually ran out of gas from two sets up against former Australian Open finalist Marcos Baghdatis, but walked away almost $100,000 richer and with spots in future grand slam draws secured.

A year on and Millman is back at The All England Club ranked 67th in the world – after climbing to a career-high No.60 last month – and once again hoping to make an impact.

“It’s awesome. It’s a privilege to be here,” Millman said ahead of his first-round date with Spanish veteran Albert Montanes.

“Obviously, I’ve had a little bit more time to prepare for it this time; it wasn’t kind of qualify one day, next day the shock of actually being here.”

Montanes has fallen out of top 100, presenting Millman with a big opportunity to defend his rankings points.

Not that he’s taking the Spaniard lightly.

“Everyone has deserved their spot at this tournament and Montanes is no different,” Millman said.

“I think he’s played the Championships 12 or 13 times, so that’s 11 more times than me, so he’s got a few more years of experience.

“He’s going to be extremely competitive and a really tough veteran that knows his game and knows his trade and knows what this is all about.

Millman is scheduled to play his first round match on Tuesday.