Aussie Sams - Stosur and Groth - will open their Wimbledon campaigns on Day 1 on show courts at the All England Club. 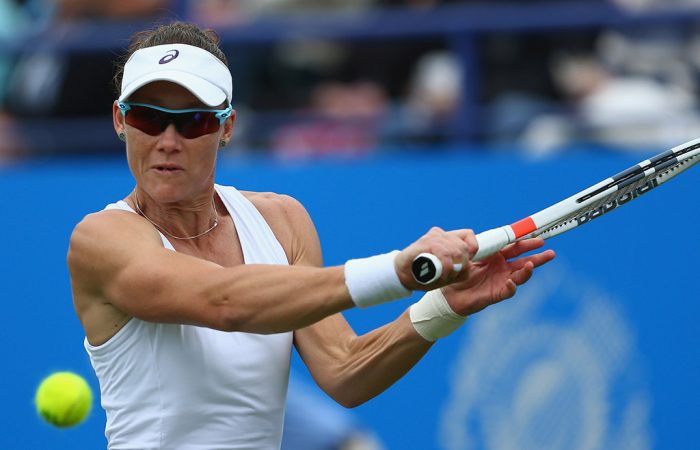 Stosur, Australia’s top-ranked player and seeded 14th seed in the women’s event, opens her campaign against world No.93 Magda Linette.

Stosur admits she’s entering unknown territory against the Pole as the one-time US Open champion looks to improve on a dire Wimbledon record that reads just 18 wins in 13 trips to the All England Club.

“It’s going be something quite different when we play. I don’t really know anything, but I have to, I guess, work some things out.”

Groth is the only other Aussie in action on Monday.

After powering to the third round last year, Groth will do well to progress beyond his opener against Japanese fifth seed Kei Nishikori.

But the big-serving 28-year-old is far from giving up the ghost.

“If I was ever going to cause an upset at a slam, I feel like this is the one,” Groth said.

“I took a set off Roger (Federer) here last year and was the only guy to do so before the final, so it’s a place I feel comfortable playing.

“It’s a surface that probably suits my game better than any other.”

Kyrgios enters his third Wimbledon as Australia’s top title hope after announcing his arrival on the world stage in 2014 with an earth-moving victory over Rafael Nadal en route to the quarterfinals.

He backed up to make the fourth round last year, but the 15th seed must wait until Tuesday to launch his title quest against veteran Czech Radek Stepanek.