Saville does it again

Looking down and out against Matthias Bachinger, Luke Saville produced another comeback to qualify for Wimbledon for the third straight year. 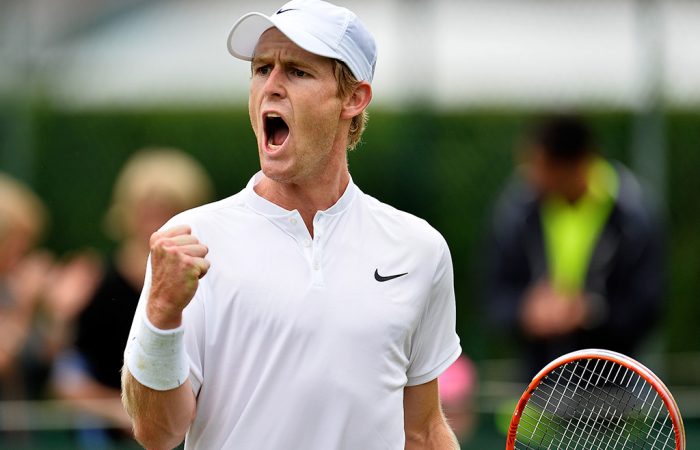 Another year, another gritty battle, and another victory.

For the third straight year, Australian Luke Saville has come through qualifying to reach the main draw at Wimbledon.

It takes his career record at Roehampton to a sparkling 9-0.

“It’s amazing. I was in a lot of trouble there. Bachinger was playing really well, I thought for all five sets. I personally felt like it was a really high-quality match,” Saville said.

“On a personal note, I’ve been struggling for a little bit of form lately, so not just to qualify but to play three really good matches – that one by far the best – it’s just really pleasing. Obviously the cherry on top is to qualify for Wimby again. It’s a dream come true.”

After falling behind two sets to one, Saville steadied in the fourth, with games going on serve until the tiebreak. There, the South Australian barged out to a 6-0 lead and sent the match to a fifth two points later.

Although games went on serve for much of the fifth, Saville appeared the fitter player, and his willingness to attack the net proved invaluable.

He brought up two match points with volley winners when receiving in the ninth game, and closed out the three-hour, 25-minute match with another winning volley.

It was his second straight win after trailing on the scoreboard – he was down a break in the third set to Aldin Setkic in the second round.

And it was another five-set thriller in the final round – in 2014 and 2015, Saville also clinched victories at the final hurdle in matches that extended the distance.

“The second round gave me a lot of confidence, just because I wasn’t playing my best tennis and sometimes those wins are the most pleasing, so very stoked,” Saville said.

“Like today, I could easily have lost that. I could have lost the last couple of years as well – I saved match points in both of them. So it’s a real fine line … but I think I’m really playing well in the depths of these matches.”

In the main draw, Saville comes up against fellow qualifier Dennis Novikov of the United States.

“I’m just going to go there and give it my absolute all again … I’m obviously confident in my game, but this is main draw – it’s the top 100, best players in the world, another couple of levels up from the qualifying. I’m confident going out there and taking it up to other guys and some of these matches on grass can go either way,” he said.

“I’m confident I can win a couple of rounds, and the sky’s the limit from there. This is my best surface … I think I can do pretty well.”