Nick Kyrgios has been rewarded for his impressive Wimbledon results, elevated to 15th seed at this year's Championships. Bernard Tomic and Sam Stosur are also seeded. 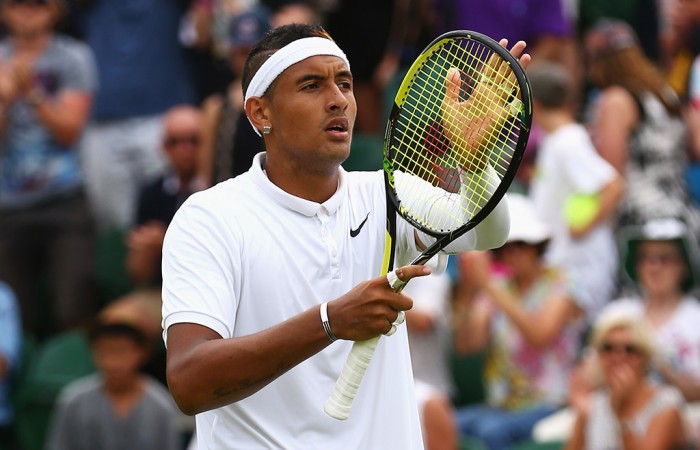 Nick Kyrgios has received a Wimbledon boost with an all-important top-16 seeding for the championships starting on Monday.

Kyrgios has been elevated to 15th seed for the men’s event despite being ranked No.18 in the world.

The promotion protects the Australian No.1 from a meeting against any of the top eight seeds – including heavyweights Novak Djokovic, Andy Murray and Roger Federer – until at least the fourth round.

Kyrgios was elevated above Gael Monfils and John Isner under that All England Club’s grasscourt formula, which rewards players for outstanding results on the surface in the past two years.

The 21-year-old famously upset then world No.1 Rafael Nadal en route to the quarterfinals in 2014.

Tomic has been seeded 19th, the same position as his ranking despite world No.4 Nadal not playing this year because of a wrist injury.

Sam Stosur has been seeded 15th in the women’s event on line with her world ranking of No.15 following her charge to the French Open semifinals.

Meanwhile Djokovic cannot face Murray until the final after they were seeded first and second, respectively.

Richard Gasquet, the 10th-ranked player of France and a two-time Wimbledon semifinalist, is No.7 and 13th-ranked Marin Cilic, a quarterfinalist at Wimbledon the past two years, is No.9.

The women’s seedings follow the WTA rankings, with six-time Wimbledon champion Serena Williams at No.1 and Garbine Muguruza at No.2, followed by Agnieszka Radwanska, Angelique Kerber and Simona Halep.

Seventeen-time major champion Roger Federer is seeded third, immediately ahead of Swiss compatriot Stan Wawrinka. Kei Nishikori of Japan is No.5, while Milos Raonic, who has hired John McEnroe as coach, is sixth.