Sam Groth and John Millman have seen their Stuttgart grasscourt campaigns come to an end at the hands of impressive opposition. 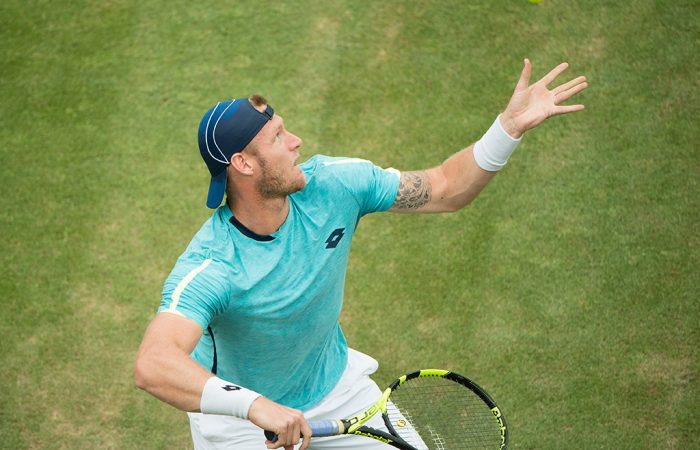 Australian Sam Groth has suffered a second round 7-6(3) 7-6(2) loss to Austria’s Dominic Thiem at the Mercedes Cup in Stuttgart.

Third-seeded Thiem, who has risen to world No.7 on the back of making the French Open semifinals, simply had too much game for Groth in both tiebreaks.

The match was somewhat of a serve fest with Thiem hitting 11 aces and Groth 21.

Thiem never even faced a break point, while Groth faced just one throughout the encounter.

Fourth-seeded Frenchman Gilles Simon is also through to the quarterfinals, grinding past local hope Jan-Lennard Struff 6-4 4-6 6-2.

Simon will play the resurgent Juan Martin del Potro in the quarters, after the Argentine beat Australia’s John Millman.

Del Potro, a wildcard into the event, smacked eight aces en route to a 6-4 6-4 victory over the Queenslander in one hour, 22 minutes.