Tomic too strong for Bedene

Bernard Tomic has opened his grasscourt season on the perfect note with a win over Britain's Aljaz Bedene in 's-Hertogenbosch. 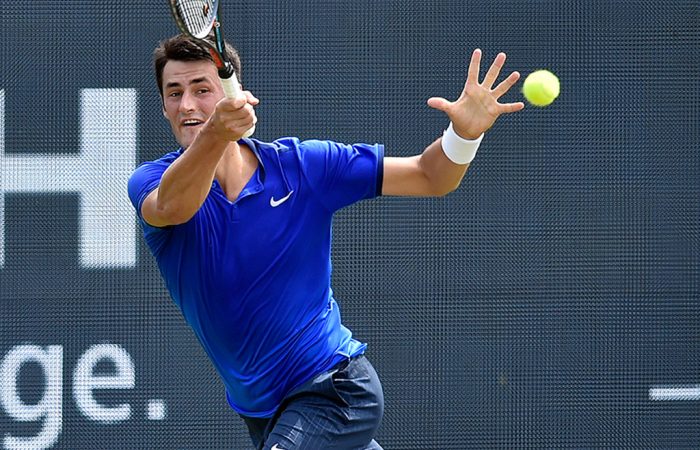 Second-seeded Bernard Tomic has marched through to the quarterfinals of the ATP Ricoh Open in ‘s-Hertogenbosch following a routine 6-4 6-3 win over Britain’s Aljaz Bedene.

Tomic will now face Nicolas Mahut for a place in the last four.

“Some of my best results have been on grass,” Tomic said.

“I think grass is probably best suited to my game, so I’m happy to be here this week.

“I know I’m very dangerous on grass, and this will give me the confidence to play also well at Wimbledon. So it starts here.”

On the women’s side on the Rosmalen grass courts, third seed Kristina Mladenovic rallied to beat qualifier Natalia Vikhlyantseva 5-7 6-3 6-4.