Millman marches on in Stuttgart

John Millman has joined Sam Groth in the second round of the ATP Mercedes Cup with an impressive victory over rising Frenchman Lucas Pouille. 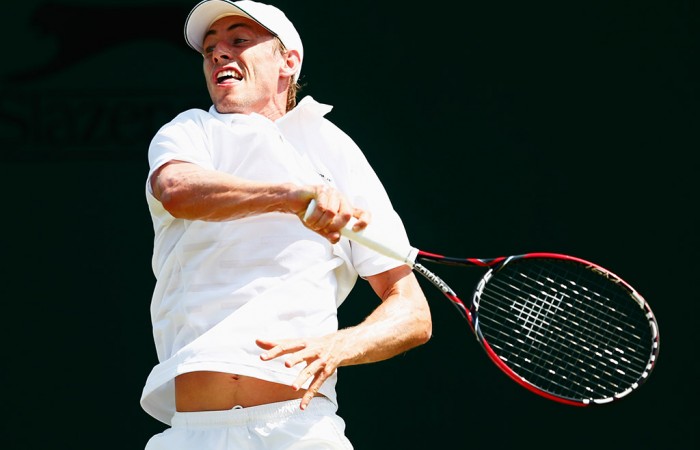 John Millman has marched into the second round of the Mercedes Cup in Stuttgart after coming from behind to beat eighth-seeded Frenchman Lucas Pouille 6-7(3) 6-3 6-4.

Millman joins compatriot Sam Groth in the second round; Groth saw off Illya Marchenko in his first match and will next line up against Dominic Thiem.

Troicki was the runner-up last season, when the tournament was still played on clay. It is now played on grass, as a tune-up for Wimbledon.

Troicki went down despite serving 10 aces. He lost his footing several times and produced a double-fault that allowed Mayer to serve out the match.

Mikhail Youzhny beat fifth-seeded Feliciano Lopez 7-5 6-3 and Taylor Fritz beat Fabrice Martin 3-6 7-6(6) 6-1 and will next play top-seeded Roger Federer, who had a bye into the second round.