Lara Walker wraps up her Longines trip to Paris 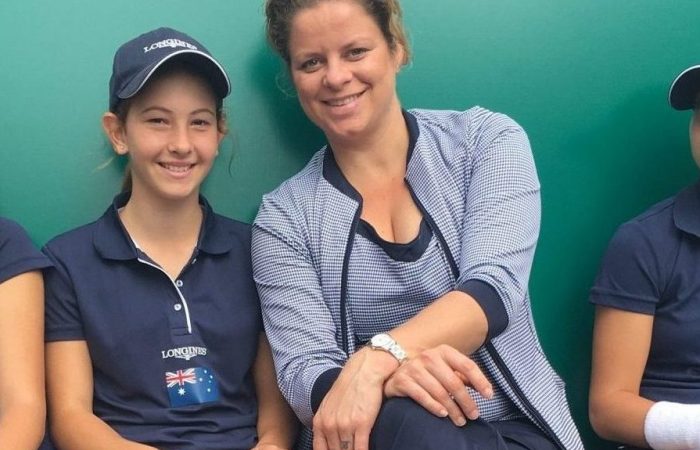 It’s been a great couple of days in Paris with the Longines Future Tennis Aces tournament coming to a close.

Day two of the tournament kicked off with the quarterfinals in the morning and semifinals in the afternoon. I was cheering from the stands with the rest of the girls as my friend Nikki from the United States went up against Lisa Pigato from Italy. She took out the match in the third set, progressing to the semifinal against Maria from Spain.

The final day of the tournament was really exciting with Kim Clijsters and Longines tournament patron Arantxa Sanchez arriving to support the competition and meet with all of the competitors.

Soon it was time to get started with Kristina Volgapkna from Russia taking on Maria Lopez Martinez from Spain. Despite a huge effort from Russia, Spain was too strong, taking out the 2016 Longines Future Tennis Aces 4-1 4-2.

After the official presentation we made our way to Roland Garros to watch the French Open.

We were taken behind-the-scenes for a VIP lunch hosted by Longines with all of the teams and media from around the world in attendance. I got to try some food I’ve never had before, with Fois Gras for the entrée and duck for the main.

As we were finishing lunch the thunderstorms kicked in which meant we were delayed going out to watch the match. While we waited we had a magician come around to the tables to show us some amazing card tricks and I explored some of the outside courts with my friends.

As soon as the rain cleared up we moved to Phillipe Chartier Court to catch Serena Williams defeat Kristina Mladenovic. We were also able to watch the opening moment of Jo-Wilfried Tsonga against Ernests Gulbis before Tsonga retired with injury. It was really exciting to see two local players being cheered on by their home crowd and it was a shame to see them both knocked out.

After the match we were straight onto the bus and off to the final dinner for the trip. The whole touring group finished the week on a boat cruise through Paris, eating our meals with the best view of the city.

I would like to thank Longines for this incredible opportunity, I have made life-long friends who I hope to see again on the professional circuit one day.