While Sam Stosur has typically thrived in hot, dry, fast conditions in Paris, Patrick Mouratoglou - coach of Serena Williams - believes the heavy, damp courts are playing into her hands. 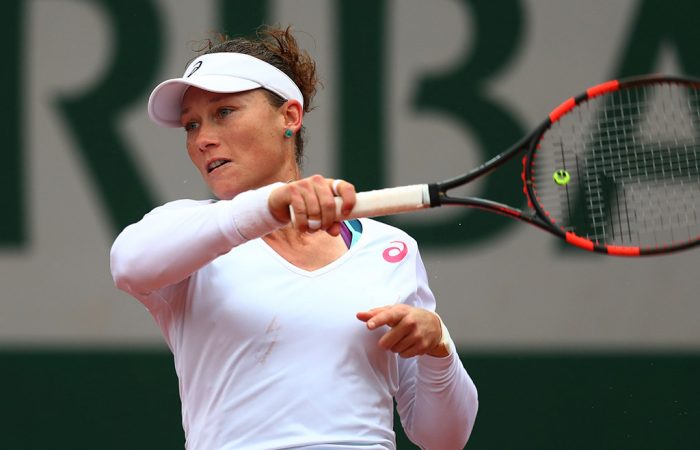 Speaking in Paris ahead of Williams’ fourth round match against Elina Svitolina, the French coach had been keeping track of Stosur’s comeback victory against sixth seed Simona Halep on Tuesday.

The book on Stosur has always been that the hotter and dryer – and thus faster – the conditions in Paris, the better, as it further amplifies the effect of her vicious topspin.

Yet Mouratoglou had a different take.

“The weather conditions are perfect for her,” he said.

“Now that the court is so heavy, it’s perfect because she has a lot of natural power, she’s able to hit winners even if the court is super, super heavy, and slow, which is not the case for Halep. So maybe it’s her chance.”

With the forecast in Paris expected to remain similarly grey and wet for the remainder of the second week, this could be a good omen for the 2010 Roland Garros finalist.

Stosur believed she was approaching something close to her best form after back-to-back wins over Lucie Safarova and Halep, two opponents against whom she has struggled.

Her win over Halep took her record over the Romanian to a perfect three-from-three in Paris, yet it was just her first victory in their last five meetings.

She will next face Tsvetana Pironkova, an unlikely quarterfinalist ranked outside the top 100 whose greatest career successes have come on the quick lawns at Wimbledon.

“She came back to the coach that she had all the success with in the past after stopping (working with him), so this explains probably, at least partly, the fact that she comes back to a good level, close to her best level,” he said.

Incidentally, Stosur and Taylor announced that Roland Garros would be their last tournament together before they part ways for a final time.