Rodionova to have scans on shoulder

After struggling with an injured shoulder for months, Arina Rodionova will return to Australia to have scans on the troublesome area now that her Roland Garros campaign has ended. 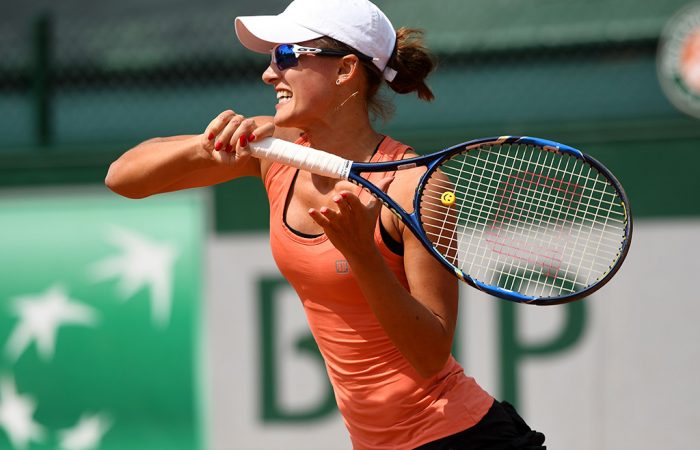 Following twin first-round exits at the French Open, Arina Rodionova will have scans on her troublesome right shoulder before deciding on how to attack the remainder of the season.

Rodionova suffered first-round in both singles and doubles at Roland Garros, pocketing 39,000 euros ($A60,000) for the week.

However it was a painful in more ways than one, with the crushing singles defeat leaving Rodionova disappointed while the painful shoulder injury also proved a distraction.

The world No.230 has yet to decide on her immediate playing future, insisting it is more important to sort out her fitness in the short-term.

Rodionova returned to Australia this week, reuniting with husband Ty Vickery of the Richmond Tigers, and expects to have scans.

“I will probably (be in Australia) for a couple of weeks to fix some injuries that I have,” Rodionova told AAP.

“I can take maybe a few days off and see how it goes from there. I haven’t decided on my futures schedule yet.

“I’ve been struggling with my shoulder for a couple of months now. I need to sort that out. I’ll get scans done and everything.”

The 26-year-old was ousted in straight sets to Croatian teenager Ana Konjuh 6-2 6-3.

“I needed some painkillers before every match like most of the players here do,” she said.

“It’s OK to get through the matches but I’m not able to load on serves in practice, so that’s obviously showed up (in the loss to Konjuh).

“It’s unfortunate but there’s not much you can do about it.”