Lara Walker blogs about her first match on the clay at the Longines Future Tennis Aces tournament in Paris. 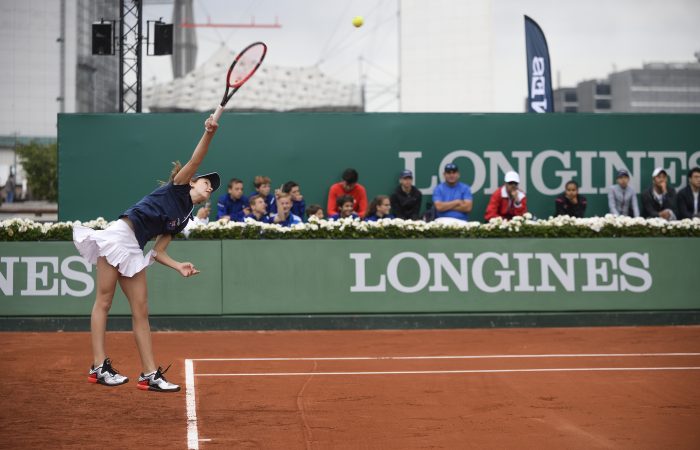 Today was day one of the Longines Future Tennis Aces tournament.

We started with practice and then once the crowds and media started arriving, it was time for us to take the court.

There were 16 girls playing in eight matches and I was up first against Maria Lopez Martinez from Spain.

Playing on clay is really different to the hard court, I found it was a lot slower and the style of play was more defensive than I expected.

It was interesting to play against someone who doesn’t speak English as their first language and to hear the umpire with his French accent.

In the end Maria took out the match 4-1, 4-1. She is a very tough competitor and I wish her the best of luck for the rest of the tournament.

My friends, Alexis from Singapore and Nikki from the United States had to play against each other in the first round too. They both played a great match and Nikki took it out 4-0, 4-0 to move into the second round.

Tomorrow I will explore some of the museums in Paris before making my way back to the tournament to cheer my friends on in the afternoon.