A wrist injury has ended Sam Stosur's title defence at the Internationaux de Strasbourg - but she hopes to be fine for Roland Garros, beginning Sunday 22 May. 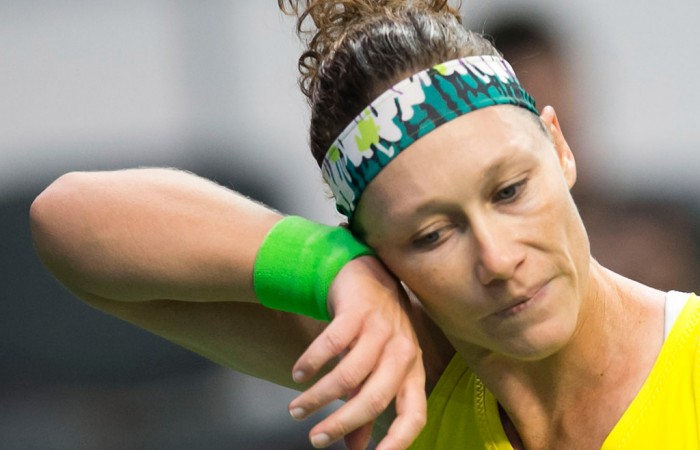 Sam Stosur has been forced out of the WTA Internationaux de Strasbourg due to a wrist injury.

The third seed and defending champion was due to take on Caroline Garcia in the quarterfinals on Thursday, but pulled out before hitting a ball.

“I have had some pain in my left wrist for the last few days. I tried to practice yesterday and felt a lot of discomfort and unfortunately I can’t take to the court today,” she said.

“It’s difficult as I’ve rarely had to withdraw from a match in my career.

“I’ve played some good tennis here this week and I’m disappointed I won’t be able to properly defend my title here in Strasbourg.”

Just days out from the French Open, Stosur hopes she will be healthy to contest the Grand Slam event at which she’s had the most success throughout her career.

The past two years she was eliminated by Maria Sharapova, in the fourth and third rounds respectively.

“I should be fine for Roland Garros, just need to rest and see the doctor,” she said.

Roland Garros begins in Paris on Sunday 22 May.