Stosur through to Strasbourg quarters

A straight-sets win over Hsieh Su-Wei has sent defending champion Sam Stosur into the quarterfinals of the Internationaux de Strasbourg. 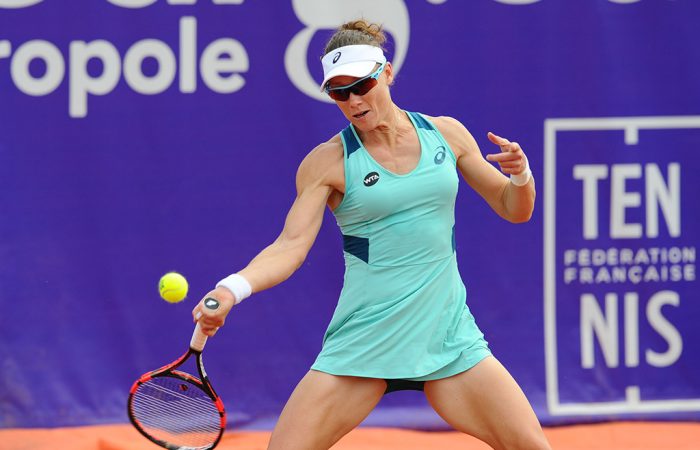 Third-seeded Sam Stosur extended her perfect record against Hsieh Su-Wei of Taiwan to reach the quarterfinals of the Strasbourg International on Tuesday.

The 2011 US Open champion, who never dropped a set in her three previous matches against 83rd-ranked Hsieh, secured a 6-3 7-6(3) win and will come up against Caroline Garcia of France next.

“It was another good match against a tricky opponent. It was closer than the score looked,” the Australian said.

Alla Kudryavtseva of Russia also advanced after rallying past Zarina Diyas of Kazakhstan 4-6 6-4 7-6(4).

The outdoor claycourt event is a warmup for the French Open, which starts on Sunday.