Sam Stosur returns to Strasbourg in a bid to defend her WTA title from 2015, while three Aussie men line up in Roland Garros qualifying. 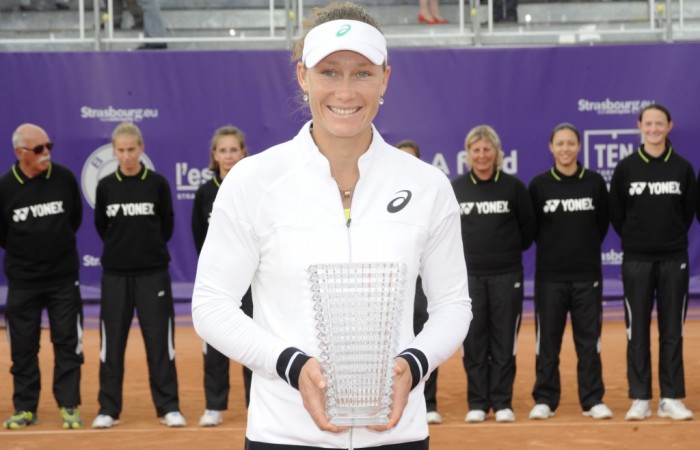 Sam Stosur returns to the Internationaux de Strasbourg this week, aiming to defend the title she won 12 months ago.

Stosur will hope to continue a strong build-up to Roland Garros, which has seen her build a 9-6 win-loss record and reach the final in Prague and semis in Madrid.

The Australian is the third seed in Strasbourg and faces qualifier Lauren Davis in her opening match for a shot at Hsieh Su-Wei of Taiwan in the last 16.

Meanwhile, Roland Garros qualifying kicks off in Paris on Monday, and three Aussie men will aim to progress to the main draw at the claycourt Grand Slam.

Matt Barton received a wildcard into the qualifying draw and will take on India’s Ramkumar Ramanathan in the first round.

No.20 seed Radek Stepanek looms as a second-round opponent.