Sam Stosur saved a match point and Daria Gavrilova shut out a former Wimbledon finalist; both moved through to the second round in Rome on Tuesday. 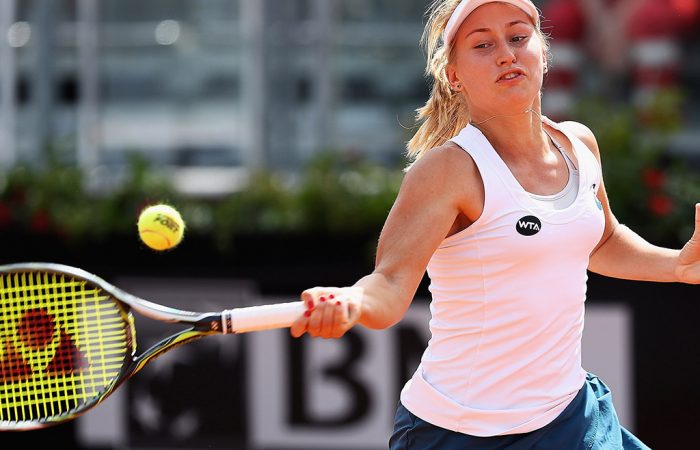 In-form Australian duo Sam Stosur and Daria Gavrilova have continued their strong claycourt form by booking their spots in the second round of the Internazionali BNL d’Italia in Rome.

Stosur, who reached the semifinals of the Madrid Open last week, saved a second set match point against Alison Riske to prevail 4-6 7-6(5) 6-1 against the American world No.88.

The world No.22 will now face Russian No.9 seed Svetlana Kuznetsova for a place in the third round.

Gavrilova, a semifinalist in this event last year, saw off former Wimbledon finalist Sabine Lisicki 6-1 7-6(3) to set up a second-round meeting with Simona Halep.

The 22-year-old cruised through the opening set but then showed her mettle by turning around a 4-1 deficit in the second following some on-court coaching from Nicole Pratt to close out the match in 82 minutes.

“I’m happy that I could manage my nerves in the tie-break and play a pretty clean tiebreak,” Gavrilova said.

“I love it [being back in Rome]. I was very surprised we played on the Grandstand; when I saw the schedule, I was like, ‘Woah, this is so cool.’ And you know the fans here are like really into it, so it means a lot to the players.”

Gavrilova, who reached the last eight in Madrid last week, faces a very tough test against world No.5 Simona Halep, who beat Dominika Cibulkova to win the final in the Spanish capital.

“I know that’s going to be a tough match, but I’m really looking forward to it,” she said.