Gavrilova storms into Madrid third round

Daria Gavrilova has set up a showdown with defending champion Petra Kvitova at the Madrid Open after impressively accounting for 12th seed Elina Svitolina. 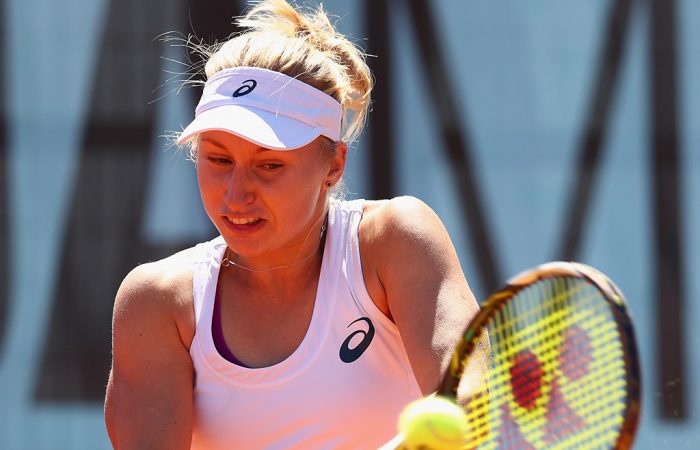 Australia’s Daria Gavrilova is through to the third round of the Mutua Madrid Open following her impressive 6-2 7-6(4) victory over world No.12 Elina Svitolina.

Gavrilova prevailed against the Ukranian in an hour-and-a-half and will meet two-time Wimbledon champion Petra Kvitova for a place in the quarterfinals.

The 22-year-old beat the world No.6 at the Australian Open earlier this year with the Czech left-hander outlasting Gavrilova in three sets in the pair’s only other meeting in China last year.

Sam Stosur is in action on Tuesday against No.11 seed Lucie Safarova, who beat the Queenslander in three sets in the final of the Prague Open last week.

In other results, fourth-seeded Belarusian Victoria Azarenka continued her fine form, beating Alize Cornet 6-3 6-2 to win her 16th straight match to also advance to the third round.

The world No.5 saved seven of the eight break points she conceded to the Frenchwoman.

Azarenka has not lost a match since the falling in the quarterfinals at Melbourne Park to Angelique Kerber.