Top seed Tomic out of Istanbul

Bernard Tomic's claycourt woes continued with a straight-sets loss to Diego Schwartzman in his opening match at the ATP Istanbul Open. 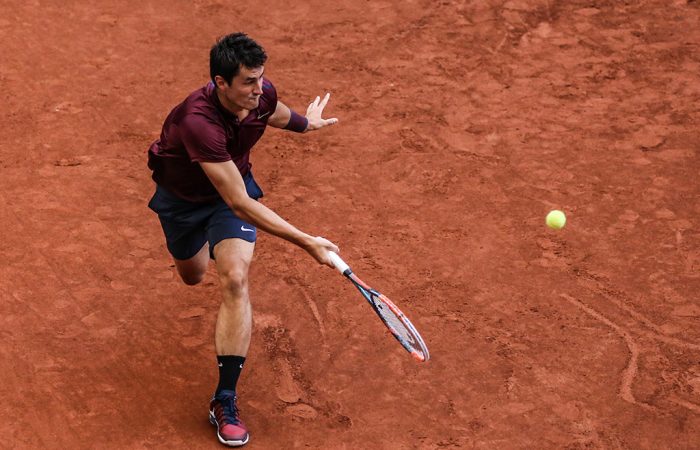 Top-seeded Bernard Tomic has crashed out of the Istanbul Open, losing to unseeded Diego Schwartzman of Argentina 6-2 6-2.

It was the second time in as many weeks that the Queenslander has been knocked out of a clay court tournament at the first hurdle – Tomic received a first-round bye in Istanbul – following his early exit in Bucharest.

“I’m playing well on these courts, which are slow,” Schwartzman said. “I tried to be focused today and I think I played a great match.”

In the quarterfinals, Schwartzman faces Damir Dzumhur of Bosnia and Herzegovina, who defeated Illya Marchenko of Ukriane 6-3 5-7 6-3.

Third-seeded Ivo Karlovic hit 13 aces to advance past Dusan Lajovic of Serbia 7-6(9) 7-6(5) – in the process recording his 300th career victory – and will play fifth-seeded Marcel Granollers of Spain, who defeated Hyeon Chung of South Korea 6-3 6-4.